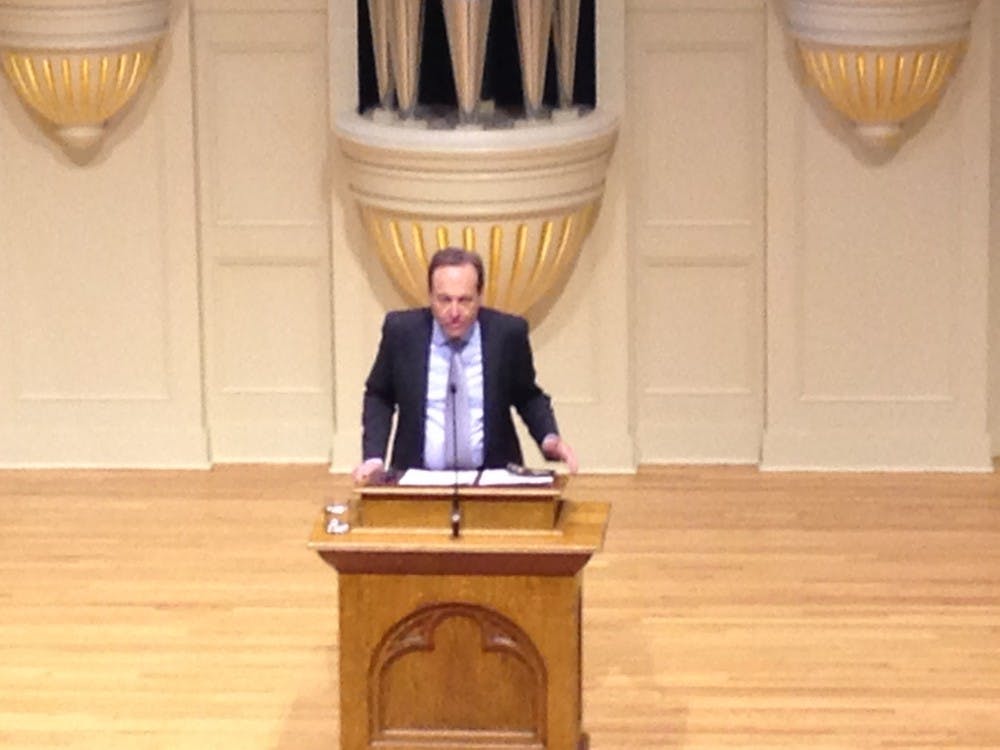 Poetry and journalism. Not two topics often linked together, but Jeffrey Brown, co-anchor and senior correspondent for the PBS nightly news program "NewsHour," incorporated the two when talking to an audience in Whitley Auditorium Tuesday evening.

The speech, "Politics and Poetry: One Reporter's Notebook," was part of the 11th annual James P. Elder Lecture Series. Brown based much of the talk around his 2015 book, "The News", in which he details his reporting experiences through poems. According to Brown, poetry, and all of the humanities, are important to society as a whole.

"It's important to keep talking about the humanities, even if it seems like the rest of society isn't," he said.

Brown also urged audience members to broaden their perspectives when it comes to journalism.

"You must, if you want to be an informed citizen, open yourself to more than those niches [news sources] you're a part of," he said.

In an interview with Elon Local News prior to his speech, Brown advised student journalists to not only be open to various news sources, but to be open to all sorts of information.

In addition to "NewsHour," Brown created and hosts "Art Beat," a PBS arts and culture blog.