Shining light on security at Elon 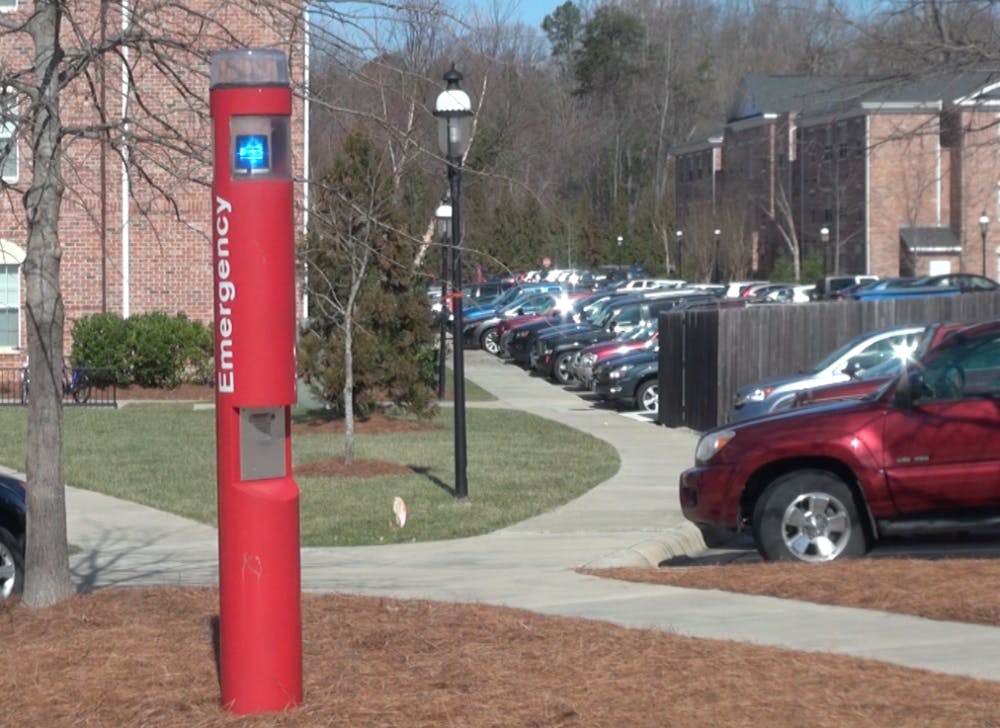 Elon's Campus Security has had a blue light emergency system for many years. There are now 35 blue lights on campus, each of which function on a distress button that immediately calls police to the scene, with the goal of a two-minute response time.

Each system costs between $5,500-$6,000 for all of the parts and installation. They also perform monthly tests on each blue light phone.

As for how frequently these calls happen, Scott Jean, the Technology Services Coordinator for Campus Safety & Police, who is in charge of these systems, says the system isn't used as often as one would think. In the past three years, the blue light phones have been called only 13 times. Here's the breakdown on the calls:

Jean also notes that the blue lights are probably not the first thing students think to use when they feel unsafe on campus.

"Fortunately and unfortunately, we haven't had a lot of calls through them," Jean said. "A lot of that is due to smartphones now and the technology on those, and the LiveSafe app. Through the LiveSafe app, it actually has a blue light function on there where you can call our office or even 911."

The blue lights can be found in parking lots on and around campus. With all of the new construction, Technology Services also plans to install them around the new buildings.

For more information on the system and a full map of the locations of the blue lights, visit: http://www.elon.edu/e-web/bft/safety/emrphone.xhtml