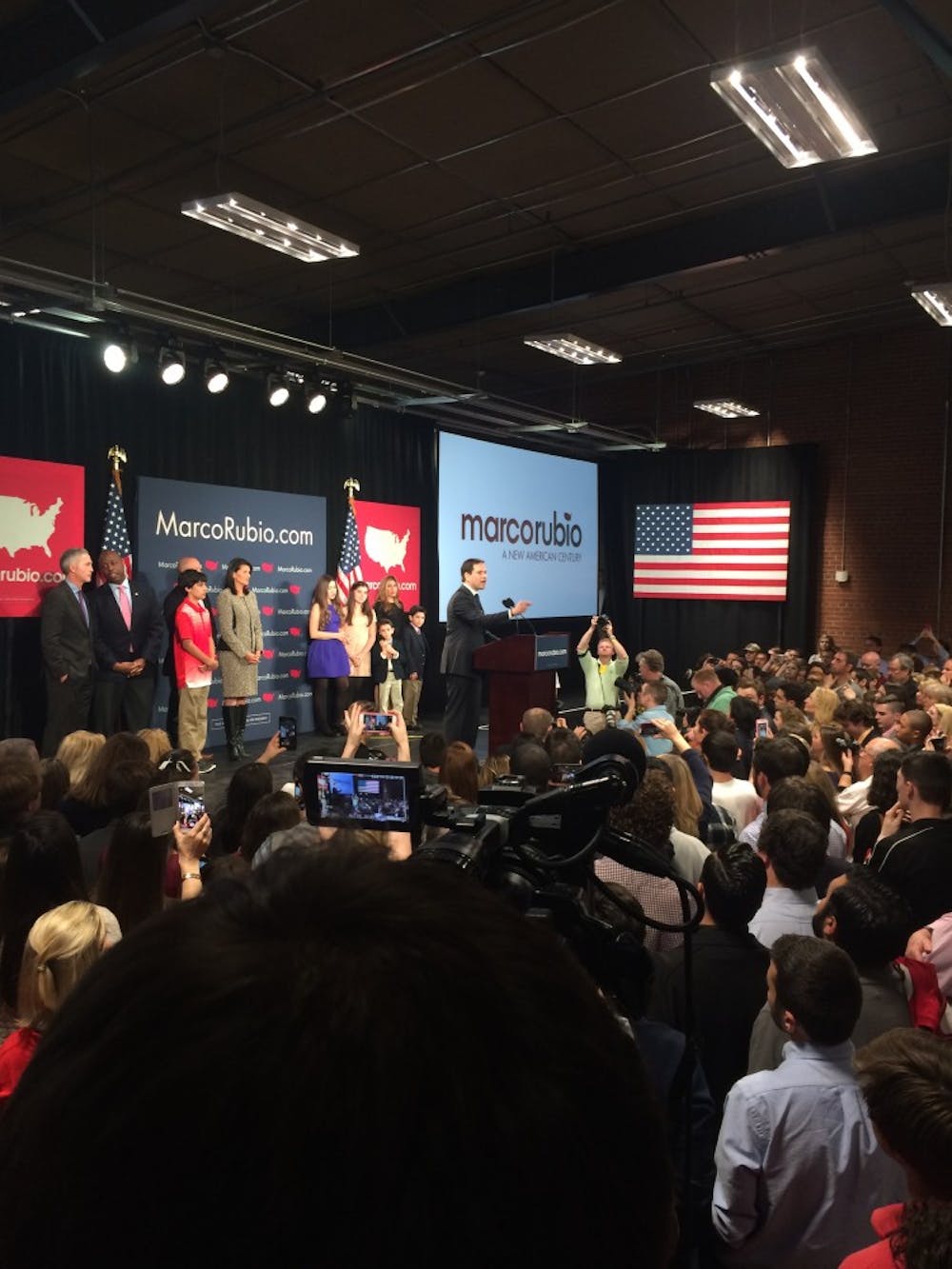 COLUMBIA, SC- In a close race, Marco Rubio and Ted Cruz battled all night to finish ahead of one another in the South Carolina Republican primary.

While Rubio may not have been able to overcome Donald Trump's victory in the Palmetto State, the Florida Senator says that there are important takeaways from Saturday's performance.

"Tonight here in South Carolina the message is pretty clear. This country is now ready for a new generation of conservatives to guide us into the 21st century," said Rubio.

Hundreds of Rubio supporters poured into the Carolina Haven Tailgating Facility earlier in the evening for a watch party that included Fox News playing on the televisions, country music, and a slideshow that contained photos of Rubio on the campaign trail. Supporters glued their eyes to the televisions and anxiously awaited the arrival of updated polls in hopes of seeing Rubio surpassing Texas Senator Ted Cruz.

One of these supporters in attendance was University of Miami junior, Lee Fino. Fino traveled from Florida to South Carolina to campaign for Rubio and hopes to see Rubio attract Jeb Bush voters after the Florida Governor decided to end his campaign for the presidency earlier tonight.

Rubio has already attracted the support of one Bush fan, as former Senator Norm Coleman told the Star Tribune that he would be joining the Rubio team.

Donald Trump stole the show and the majority of the delegates with nearly 33 percent of the votes in South Carolina but Rubio supporters were happy with the performance regardless.

Steven Diaz, a retiree from the Marine Corp, saw this second place finish not as a disappointment, but a formula for the future.

"He's just like us. The story that Marco has is similar to mine and so that also plays into myself being Hispanic and coming here as an immigrant and getting to play out the american dream," Diaz said. "Showing that to the people to Nevada, we can do it and we can beat Trump."

Rubio and his campaign will try to carry the momentum of the supporters and a strong finish in South Carolina to Nevada, where they will caucus with the rest of the republican candidates.

Polls will open on Tuesday, February 23rd in Nevada where 30 delegates will be at stake.