Explaining the importance of South Carolina and Nevada 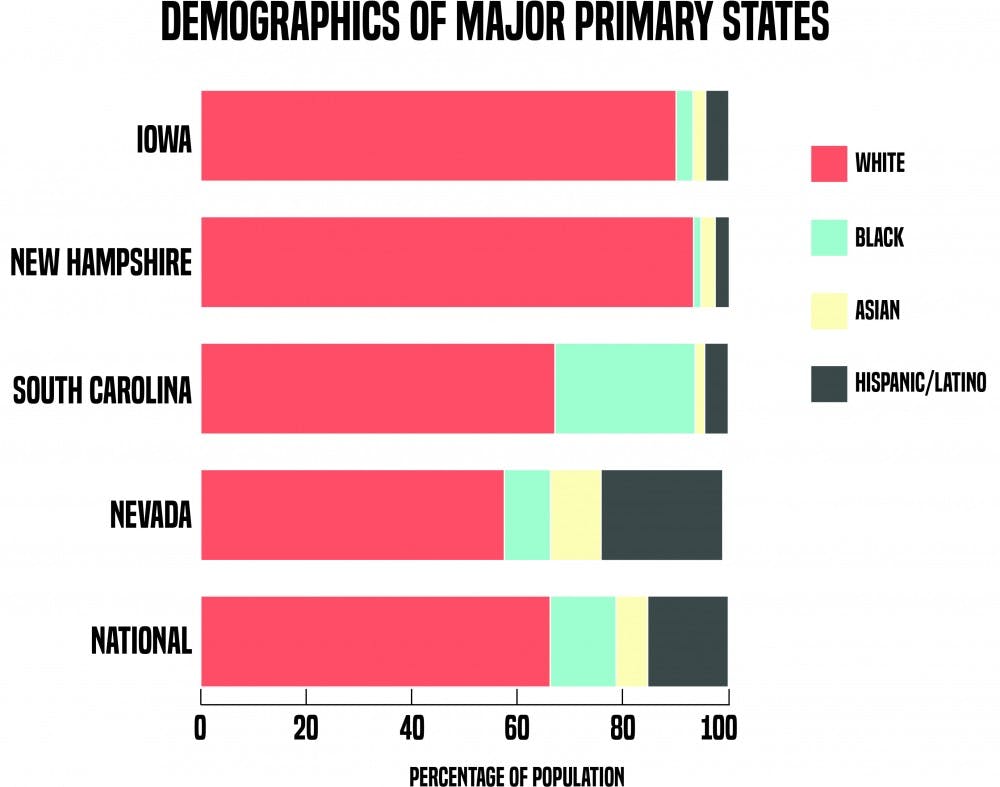 Throughout the course of the 2016 presidential election, heavy discussion has taken place concerning the Iowa caucuses and the New Hampshire primaries.

But while they are the first two states in which voters cast their ballots for their preferred candidates, South Carolina and Nevada are more reflective of the national electorate.

Ninety percent of Iowa’s electorate and 94 percent of New Hampshire’s electorate is Caucasian, according to the United States Census Bureau. At a national level, only two-thirds of the U.S. voting-age population is white.

The lack of diversity in Iowa and New Hampshire poses challenges to generalizing results nationally.

In Nevada, more minorities are represented. Twenty-four percent of eligible voters in the Silver State are Hispanic, 9 percent are African-American and 10 percent are Asian.

In South Carolina, 27 percent of voters are African-American. The difference in percentage of white voters in South Carolina and the United States is less than 1 percent.

Considering the more representative populations of South Carolina and Nevada, candidates are fighting to get their messages out to voters.

Though a variety of backgrounds are represented, early South Carolina polls reveal Trump and Cruz as the favorites to win. According to Real Clear Politics, Trump is the clear favorite and is projected to win by about 20 percent.

Winners in the South Carolina primaries have historically gone on to secure their party’s nomination — John Edwards in 2004.

Nevada, which operates through a caucus format, has been less accurate in foreshadowing which candidate receives the party nomination. Nevertheless, its heavy minority population offers insight into how the national electorate may vote.