Mike Huckabee on Bernie Sanders' proposal on free tuition: "The only thing you can count on with free cheese is it's gonna be a free trap." 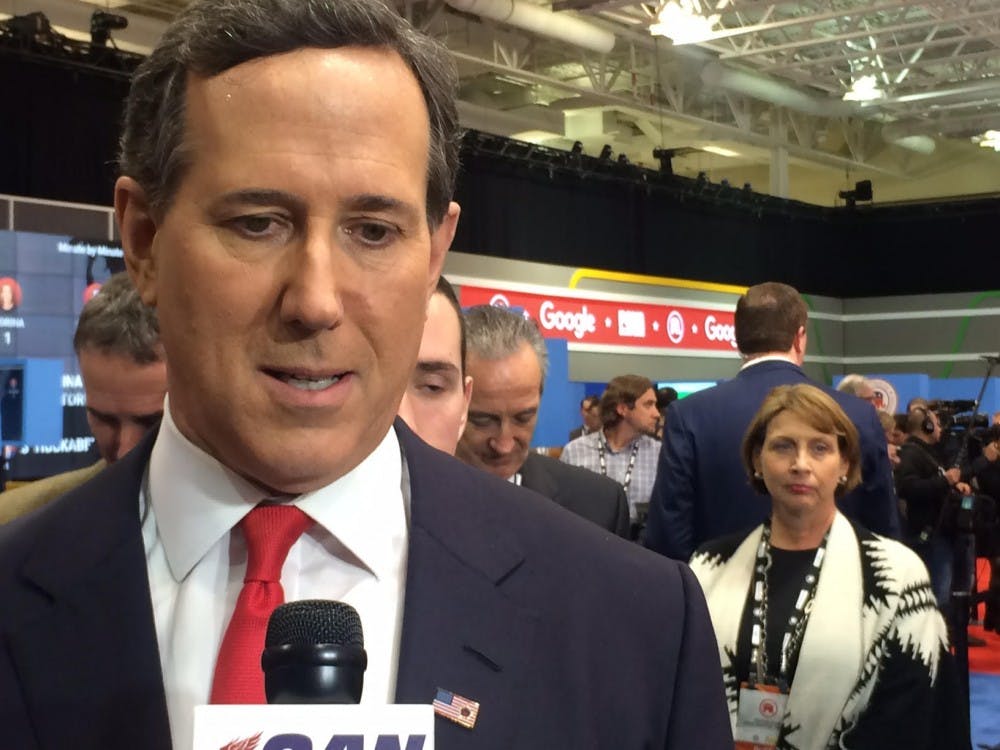 While they outlined their visions for combating terrorism and creating jobs, some of the more salient moments occurred in the spin room following the debate.

Fiorina, Huckabee and Santorum each highlighted the importance of supporting college students.

Huckabee said he strongly opposed the idea of free tuition because it would devalue the college education system.

"The only thing you can count on with free cheese is it's gonna be a trap," he said.

He also noted that Democratic candidate Sen. Bernie Sanders (D-Vt.), 74, would not live to see the negative effects of his proposal to offer free tuition with a tax on Wall Street speculation.

"He's not going to be around to see you pay for it," Huckabee said.

Fiorina explained she thought the key to improving higher education is to repeal the Affordable Care Act, which is commonly referred to as Obamacare.

"Buried in the pages of Obamacare are the thousands of pages that nobody bothered to read is the federal takeover of the student loan business," she said. "So it's the federal government that decides how much you pay on your debt and they decide you're gonna pay between 4.5 to as high as 8 percent interest on your student loans."

Santorum took a different approach when the issue of education was raised. He argued that students are pursuing degrees they can't afford. Instead, he suggests they should simply look for schools that will get them to their desired job.

"Go out and get what you need to get you to where you want to go and stop this idea that everybody needs to have these rather expensive, and I think in some cases unaffordable and unnecessary, experiences," Santorum said.