Attendees remember Diaz as a positive and optimistic friend 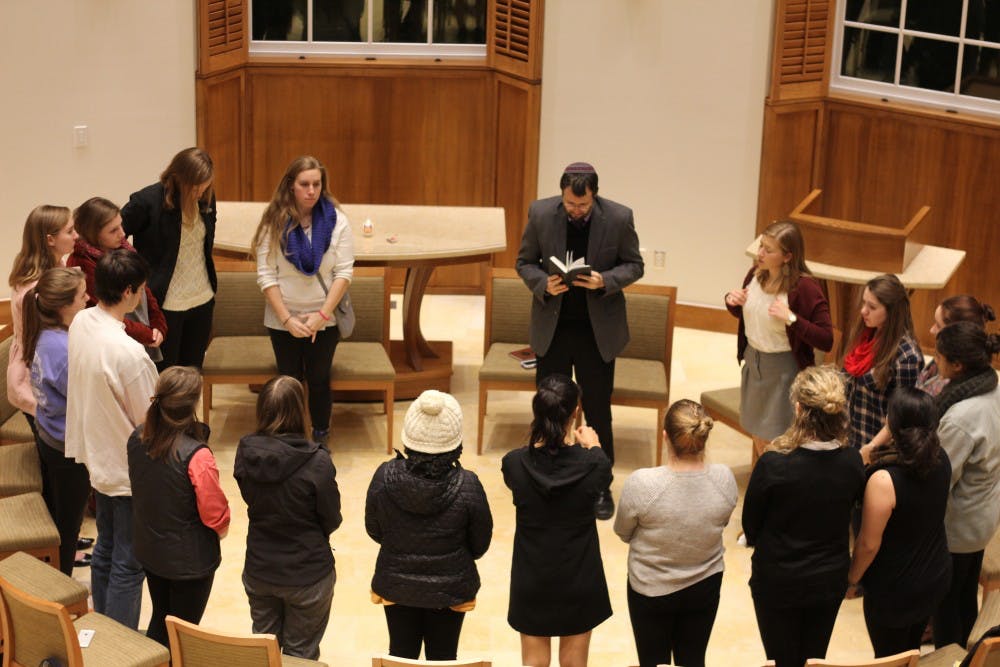 As 15 students filed into Numen Lumen’s Sacred Space Sunday night, a brief moment of sadness swept through the room.

But as they shared memories of Katerina Diaz, a former ’16 Elon University student who recently died from lingering health complications, they could not help but smile.

Senior Dorian McCorey lived near Diaz in Colonnades during her freshman year and said she’ll most remember Diaz for her determination sweet personality.

“She went through so much pain but always got through it,” McCorey said. “She never complained, even on the toughest days.”

Diaz touched the lives of several students during her freshman year. Though she was disabled and in poor health, the words "positivity" and "optimism" consistently emerged.

McCorey described how Diaz found so much joy in life in spite of her body’s limitations. McCorey, Diaz and other friends in Colonnades often stayed up in their common room until 4 a.m. watching basketball, eating pizza and scrolling through Instagram.

At the “Gathering of Friends” event, McCorey shared a story about a music video they created. Diaz was obsessed with dancing and Beyoncé, so they stayed up past 2 a.m. learning the steps to “Dance for You” and performed in front of a fan blowing in their faces.

Rabbi Meir Goldstein, associate chaplain for Jewish Life, led the “Gathering of Friends” discussion and reminded those in attendance that loss is a natural part of the grieving process.

“Tonight, we were talking about someone who was very young who died and someone who had been in a lot of pain,” Goldstein said. “So the grieving process is more complicated. It’s a real tragic death.”

But the friends who were closest to Diaz said she wouldn’t have wanted them to be sad.

“Kat was that positive person,” McCorey said. “She was that light and was just about making people feel good. That’s how I hope she’s always remembered.”

Goldstein encouraged those in need of someone to speak with to reach out to him personally or contact Elon’s counselors. Those in mourning can contact Counseling Services at 278-7280 or the Truitt Center at 278-7729.

This story is being jointly reported by The Pendulum and Elon Local News. Bryan Anderson and Caroline Hartshorn contributed reporting.