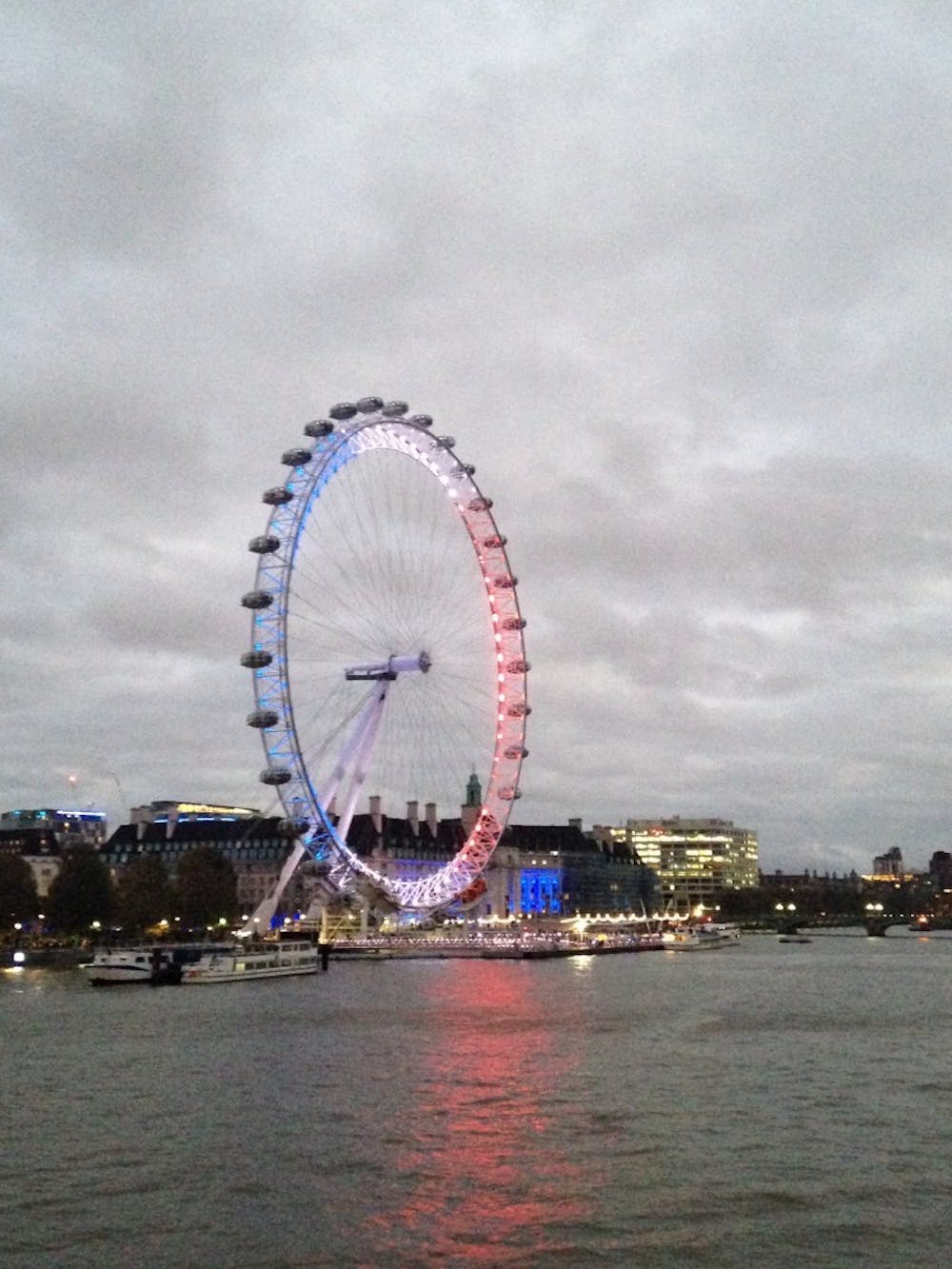 Four Elon students are studying in Paris right now and were safe during the attacks, but they weren't the only ones in harms way. More than 100 others are in other parts of Europe, including junior Liz Persau and junior Michela Allocca, who were on a trip in Paris during last weekend's attacks.

"Some people were running in the streets like they were panicking and getting away," Persau said.

According to Allocca, the two had just gotten settled in their hotel and were on their way to dinner Friday night when they learned about the attacks.

"We got a text message from one of our friends saying 'are you ok? I heard about the attacks. Just checking in.' And we were like, 'What are you talking about?' " Allocca said.

"She sent us a link and so we looked it up and we went right into a restaurant just so we could see what was going on. At that point, we didn't really realize the gravity of the situation," she said.

Although they were a few districts away from the attacks, Allocca and Persau said they were extremely scared because of the sporadic nature of the attacks.

"We had no idea what would happen next. It was kind of a simultaneous series of attacks, and it seemed like things kept happening, so we were very on edge," Persau said.

"Our biggest part of being afraid was that we were right next to the Moulin Rouge, so we were thinking, what if they picked the Moulin Rouge instead of the Bataclan? It could've been us," Allocca said.

After FaceTiming their parents and contacting Elon, Persau and Allocca booked train tickets back to London for the next morning. "We were really nervous to leave our room the next morning. We called the cab right to the door," Allocca said.

Although they spent less than 24 hours in Paris, both agree that the memories will remain with them forever.

"I'm now aware that these things can happen to you," Persau said. "Usually you just see it on the news, and you're like, oh that's terrible, but after this, it's actually really affected me."

While Allocca and Persau's Paris plans were cut short by the attacks, junior Nicole Mahoney's were cancelled altogether. According to Mahoney, her mom cancelled their family's Christmas plans to the city after the terrorist attacks.

"In reaction to everything that is going on, you definitely want to be in the comfort of your own home instead of going overseas and hoping for the best and never really knowing what happens," she said.

Students aren't just worried about safety in Paris. They're concerned about danger here in London as well.

Junior Alexa Buontempo said the attacks scared her and her family so much that she stayed inside for much of the weekend.

Buontempo and other students plan to be extra cautious around London in the coming days, exactly what Elon's London center urges students to do. Students have been told to have a working mobile phone, and to stay connected with people at home and in London. Juniors Noah Ganz and Ben Charette agree with the advice.

"You definitely have to keep your eyes open and be smart about the decisions you make," Charette said.

Despite remaining aware, they said the attacks won't affect their daily routines.

"That's what lets the terrorists win, is if you let it affect you. So, we're just going to keep doing our usual stuff," Ganz said.

As of Nov. 17, the United Kingdom's threat level for international terrorism was labeled as severe by the UK's MI5 national security intelligence agency. This is the second highest threat level, and means an attack is highly likely.