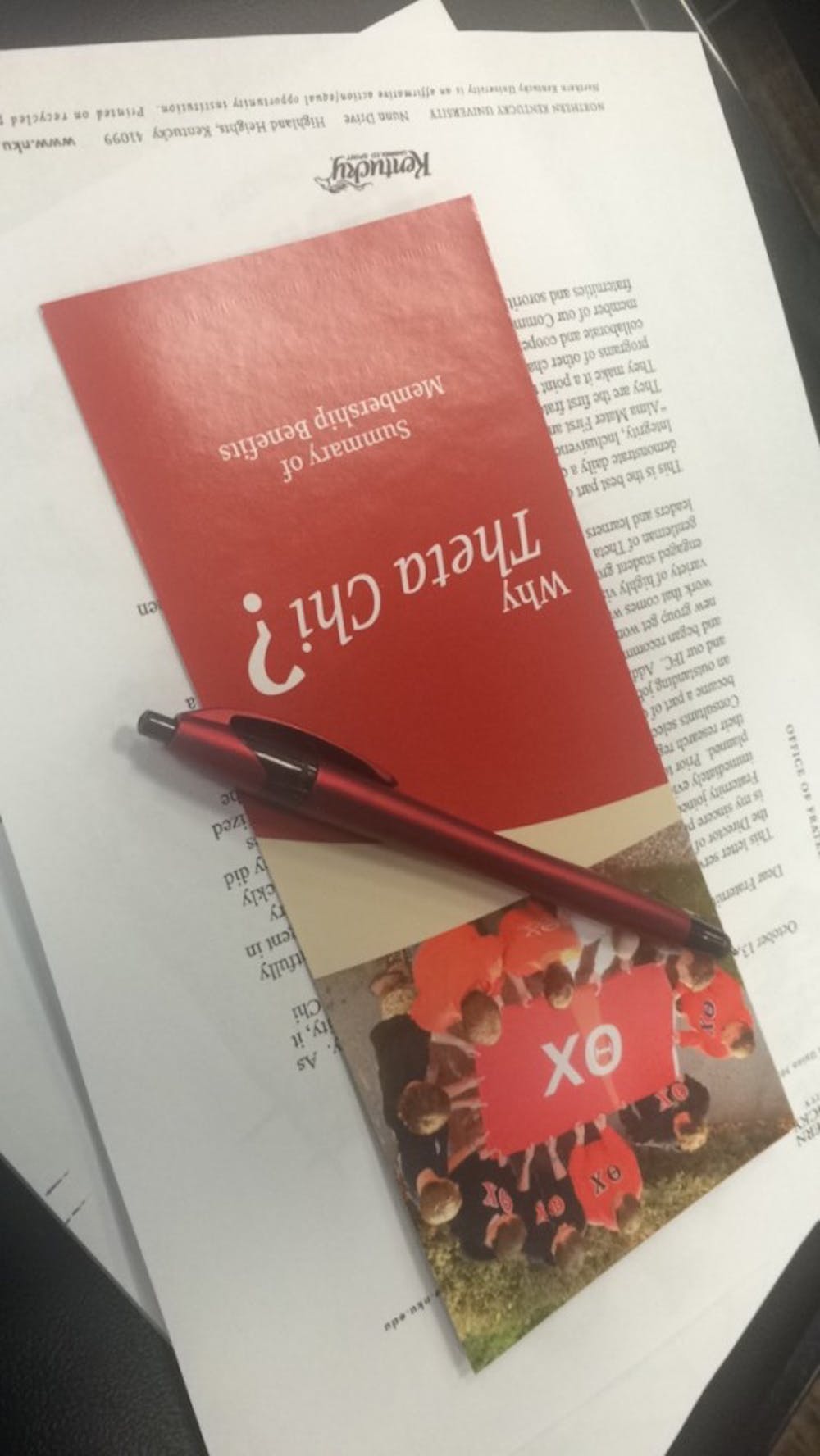 Fall of 2016 at Elon University is set to feature new areas of growth, including a new fraternity.

The new Director of Fraternity and Sorority Life, Dan Faill, announced, that there would be a new Interfraternity Council organization coming to campus and now the choice is down between two fraternities: Theta Chi and Beta Theta Pi.

On Monday night members of the Theta Chi national organization, executive board, current members and alums made their pitch to a small audience to join the already existing seven fraternities on Elon's campus.

The audience consisted of Elon faculty, student leaders involved in Fraternity and Sorority Life, local alumni and other members of the Elon community.

The fraternity was founded in 1856 in Norwich University in Norwich, Vermont and is considered one of the oldest fraternities in the nation. Currently Theta Chi holds more than 200 plus chapters installed across the country since its start.

Currently there are over eight thousand active undergraduate members with 143 current active chapters and eight colonies.

With its dedication to service in school and greater community, Theta Chi's focused philanthropy is The U.S.O. which provides services and support for members of the military and their families.

The presentation also spent a significant amount of time dedicated to the various forms of leadership opportunities that Theta Chi provides to build better men and leaders both within their chapter but also serve the greater community during and after their time as a student, especially as it relates to their "Sacred Purpose" initiative.

If chosen, Elon Theta Chi would begin the approximate 18 month process of colonization, according to Mayer.

Ford explained that the minimum GPA requirement for Theta Chi is a 2.7 but that it is encouraged to be exceeded by individual chapters, if possible.

After the presentation, there was time for questions from the audience.

Mayer and Ford both stressed men from all walks of life regardless of their race, sexual orientation or religion are welcomed and are currently involved with Theta Chi and are serving on roles of local and national leadership. In terms of sexual assault, Mayer said that Theta Chi has a "zero tolerance policy" to sexual assault. If a member is found to be guilty of sexual assault, serious consequences, including dismissal from the organization, will occur. In the meantime the organization as a whole is working on various sexual and community education programs lead by both staff members and undergraduate members.

Faill, explained the process for bringing a new fraternity to campus:

"So of the 72 national fraternities that belong to the NIC [North American Interfraternity Conference] we reached out to the 60 plus that are not here [on campus]. So we just sent an open letter saying, 'If you're interested please send us your materials.' We had 17 groups submit their expansion materials to Elon. The Expansion Committee then took those 17 reviewed them down and narrowed them down to a candidate pool of which we selected two and made those recommendations to Dr. Jackson for the final who's going to come to campus to present. And so those two groups were Theta Chi and Beta Theta Pi."

Faill said that after Beta Theta Pi presents on Tuesday night, the Interfraternity Council, Panhellenic Council, National Panhellenic Council and the Expansion Committee will make a recommendation to Fail. Fail will then take a recommendation to Dr. Smith Jackson, Vice President for Student Life and Dean of Students, who will then make the decision on which fraternity will be accepted.

This decision is expected to come sometime in November, according to Faill.

Faill said that a main reason for bringing on a new fraternity was because more than half of the men that went through recruitment were turned away due to current chapters keeping a small size for their pledge classes.

Whichever organization is chosen will then be able to start recruiting in February 2016 after formal recruitment and then in the fall start their colony, according to Faill.

BetaTheta Pi is presenting Tuesday, October 20, at 5:30 p.m in the Isabella Cannon Room in the Fine Arts Building.