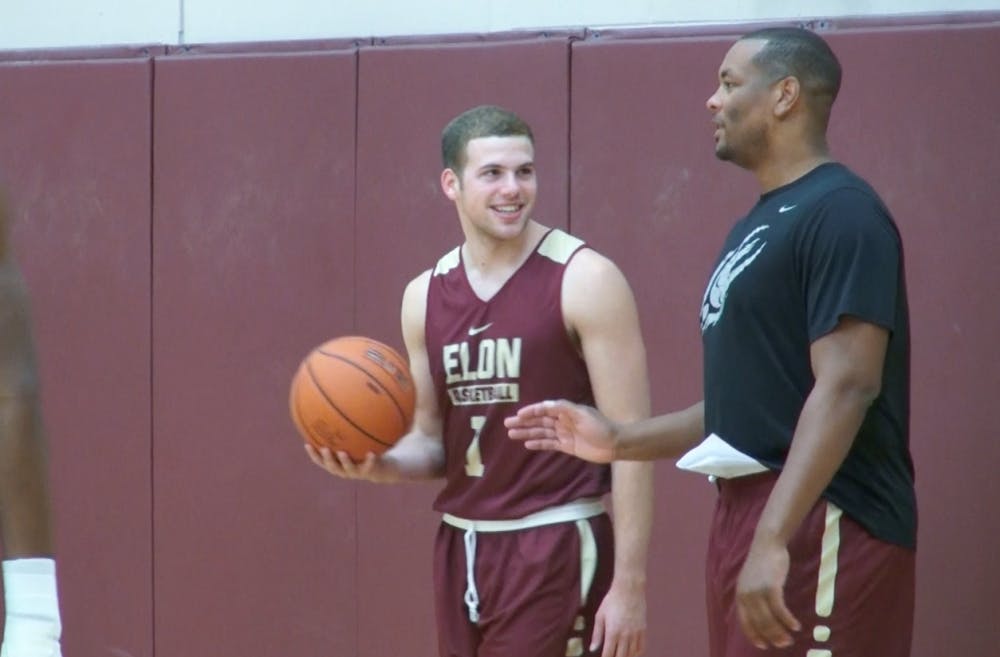 For as long as he can remember, Luke Eddy has made countless layups over his basketball career. But on the night of December 20, 2014 against the UNCG Spartans, one layup changed his life forever.

With about 13 minutes left in the first half, Eddy drove down the lane, hooked a shot that later fell in. As the ball dropped, so did Eddy, to the ground, writhing in pain.

"It hurt," Eddy recalls. "It was really painful."

Eddy tore his ACL, ending his sophomore season. He was averaging 21 points off the bench before the injury.

"It was just a typical play," head coach Matt Matheny said. "As soon as he planted and he had the injury it was obvious to our bench. It was obvious to our team. It was to our coaches and to many fans in the arena that he stepped the wrong way and was hurt."

Eddy waited until February before having reconstruction surgery and spent the last eight months training to gain his strength back. One thing that he refuses to get in his way: fear.

His recovery has been nothing short of remarkable and the Elon coaches and fellow teammates have seen the results.

"What he's done since that day to get himself ready to play is extraordinary for me to watch," Matheny said. "He's taken everyday and he's attacked everyday to get to where he's ready to play."

Fellow guard Tanner Samson added, "Luke has been putting in a ton of effort for multiple times a day, pushing his leg as far as it can go and seeing him doing some drills now, he's really close to coming back."

Coach Matheny said he hasn't made a decision yet on whether Eddy will start the season next month, but Eddy says he's good to go.