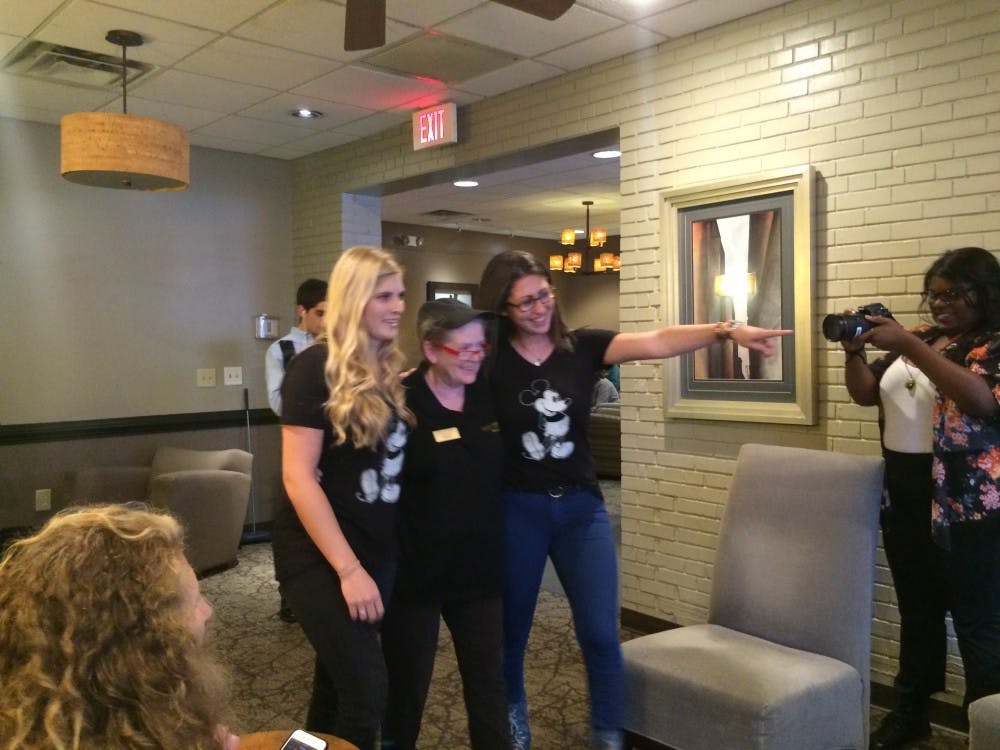 The friendly faces behind the counter serving you cookies, sandwiches and coffee at Acorn are often thought of as just workers with some southern sweetness. One Acorn employee, Kathryn has been working in the coffee shop for over 10 years. One night, she told two Elon students her dream of taking her family to Disney World. The two girls saw the passion and heart Kathryn put into each shift, even when they lasted until 2 a.m. Lucy Smith-Williams, a freshman, and Taylor Zisholtz, a junior, decided they needed to help.

Zisholtz said the only convincing they needed was Kathryn's sweet smile.

"I really took to her warmth, and I've seen her here a lot and she's always in here," Zisholtz said. "Just from talking to her, she was very invested in where we were from, what we were doing and when she said 'it's my dream,' I thought well there's 6,000 people here with at least a dollar. We could probably make this happen."

They started a GoFundMe page for Kathryn in hopes to raise the $6,500 it would take to send her and her family to Disney World. The two girls behind the magic never believed they'd raise more than their goal in less than three weeks. One special donation of $1000 came from a GoFundMe employee.

"I called GoFundMe and they said it's kind of like their employee of the month gets to choose a cause to donate to," Zisholtz said. "We were lucky enough that he chose us."

The reveal went perfectly - Kathryn had no clue about the fundraiser and cried tears of joy when she heard her family trip was paid for and planned exclaimed, "Are you serious?!" and "It's a dream come true!"

Kathryn's family, which includes her son, daughter-in-law and her two grandsons, had no knowledge of the fundraiser either. Kathryn predicts they'll be shocked.

"Well, they know I don't have it to take 'em, you know, but it's always been a dream of mine," Kathryn said .

One of her grandsons is a huge Disney fan. Kathryn says he "he finds Mickey and he just hugs him."

Kathryn has just one thing to say to those who donated: "Thank y'all and I love y'all."

Follow the planning of the trip and updates from Kathryn on elonlocalnews.com.