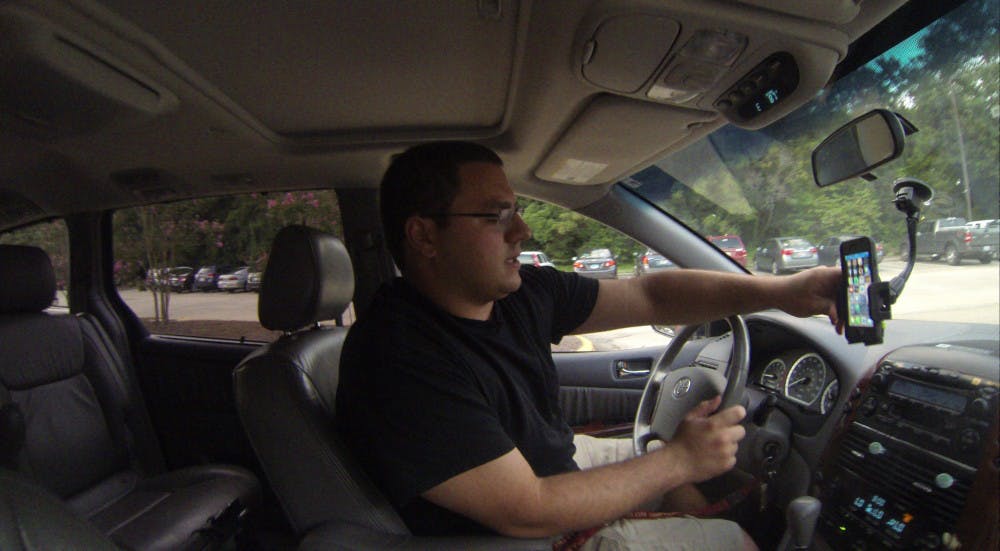 Elon senior Noah Sakin is an Uber driver. Uber is a digital car service available in more than 60 countries.

Chances are if you've traveled to any major city in the past year you've heard people talking about Uber or maybe even taken one.

Uber is a digital service offering customers a chance to be picked up and dropped off at specific locations thanks to GPS software. According to senior and Uber driver Noah Sakin, 21, the popular car service is in the works of making its way to smaller markets including Elon, N.C..

With a new school year, sometimes you need a ride after a night of fun. Sakin, believes he, as an Uber driver, can help.

"With Uber that is if you would pay for the luxury of not having to wait," Sakin said. "Having someone come just right away whenever you hit that button. There are usually Ubers in the Elon area and they'll be there within two minutes."

According to its website, Uber is in more than 300 cities and more than 60 countries.

Sakin said he had to go through an extensive background check to be considered for the Uber driver position, as well as needed to fit the requirements of being a minimum of 21 years old with three years driving experience. He said that since starting in July of this year he is making a respectable salary while driving for the Piedmont Triad area.

"You make 80 percent of what the person pays," Saikin said. "Uber takes their 20 percent fee which is how they make money. I have done well. Somewhere I make $400. Some weeks I make $100 depending on how much I work, but it's been pretty good."

Because they drive their own vehicles, Uber drivers are responsible for the upkeep and maintenance of the cars they drive with the exception of some accidents or damages that may occur.

Once picked up, Sakin says he can promise a "signature Noah Sakin experience."

"People have told me my signature is the minivan. When people see the van, they don't expect to see me to be driving it," Sakin said."I've had passengers hear a song on the radio. I am more than happy to turn it up and dance and sing with them."

When the ride is over and since there is no required tip for Uber, Sakin and his passengers have the ability of rating each other which then other drivers and passengers can see of each other in the immediate future. The rating is based off a five-star system.

Sakin is also on the executive board for Safe Rides, an Elon organization that provides free rides for students on weekends. Now that he is also driving for Uber, he says he is continuing his passion for keeping people safe.

Everytime Safe Rides is out and driving around, I am on call. So if something happens I get called for it. So just because I'm Ubering, that will not stop me from if there is an emergency I will be there," Sakin said.

With Sakin joining the growing number of Uber drivers in the Elon area, some people are torn on whether they would use it or not.

"I'm from New York City so we always take cabs so I really didn't see the point in getting them, " Elon senior Nina Beigelman said.

"I think I would use Uber now that it's here. It's pretty easy and I could definitely use a ride sometimes," fellow senior Krissy Parrett said.

While he says he's had his share of interesting experiences, Sakin said overall it's been a positive experience.

"There's a lot of people who tip you when you're going out. Like if they were loud or something. It doesn't bother me but if they think they were disturbing in anyway, they'll throw you a couple bucks. They're really nice and really appreciate," he said.

Sakin expects his Uber salary to decrease when classes start, but knows that whenever he's in need of cash all he has to do is sign-in and wait for those coveted pick-up requests.

Until then, he looks forward to seeing where, literally, his unusual college side job takes him.