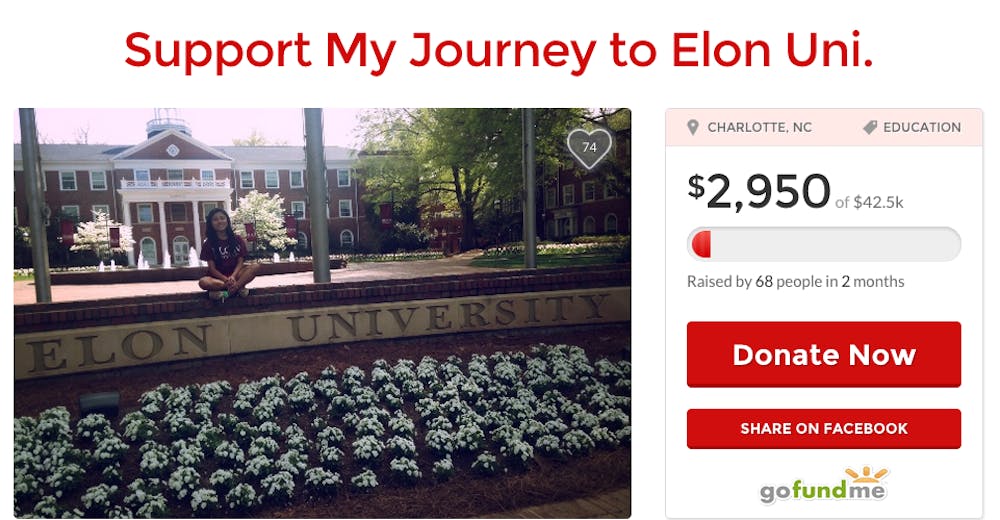 Her mom's hands were trembling. The immigration officers made their way to Paloma Figueroa's seat on the Greyhound bus. She tried to hold them back but tears filled her eyes.

After failing to provide documentation of citizenship, Figueroa and her mom were escorted off of the bus.

"I had never experienced such humiliation like this before," Figueroa said. "Everyone was staring at us."

They were then taken to an immigration detention center, fingerprinted, and placed in a cell until they were deported to Mexico. Five months later, Paloma and her mother decided to cross the border for the second time. They sailed across the Rio Grande in an inflatable boat, and hid in storage compartments under a car to pass through an immigration checkpoint.

"Never in my life had I experienced something so terrifying like crossing the border. At that moment, I realized the great risk that my parents took in order to give me a better and brighter future," Figueroa said.

Figueroa said her parents have always told her the United States is the land of opportunity, and want to give her a better future than what they had back home.

It's this "land of opportunity" that Figueroa is trying to make the most of, applying and getting accepted to Elon's class of 2019. Her former teacher, Ms. Leach, was the main reason Figueroa applied to Elon.

"She mentioned how amazing the school is and that I should give it a shot," Figueroa said. "I ended up being very interested in it."

Elon's community atmosphere also drew her to the university.

"I love their devotion to inclusion and global engagement," she said. "The one thing that stood out the most while I was there was the incredible people that I met."

It was Ms. Leach who gave Figueroa the idea for a Go Fund Me page to raise money for tuition into Elon as well. Elon has given her a $4,000 scholarship because she is considered an international student, but due to her citizenship status, Figueroa can't apply for work-study or FAFSA. This prompted the Go Fund Me page two months ago. As of July 22, she had raised $2,950 of her $42,500 goal.

According to Figueroa, if she doesn't raise the money by the fall, she will defer her admission to Elon and continue to work, adding her tuition funds.

"Unfortunately, my parents do not have the financial means to support my post-secondary education," she said. "Without donations, I will be unable to attend [Elon]."

To those who say she shouldn't be able to attend Elon due to her citizenship status, Figueroa said: "Everyone has the right to an education, no matter what your legal status is ... I just want to be able to be equal to those who are able to go onto college and prosper."

Figueroa said she eventually wants to become a U.S. citizen, and plans to major in clinical psychology at Elon.