Sexual assault at Elon: Perspectives and a personal experience 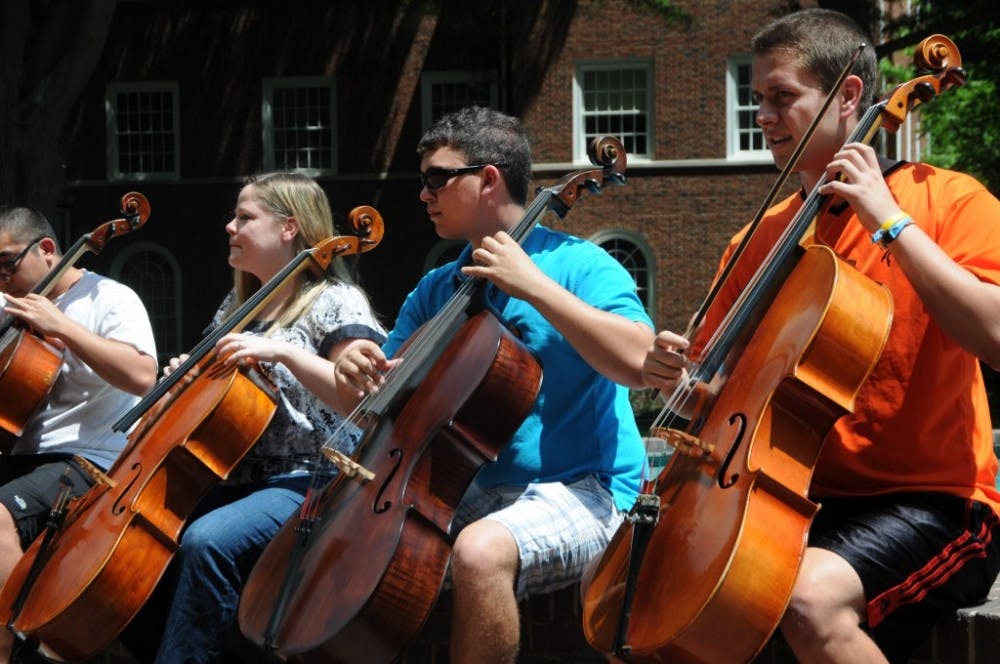 Since first publishing this story, Dean of Students, Dr. Smith Jackson, released a statement informing that when the university learned of the incident involving McClendon, he was suspended from the Elon University football team for the remainder of the 2014 Spring season. According to the Elon Phoenix website, McClendon started every game for the football team for the 2014 Fall season, despite his ongoing case and pending charge for false imprisonment. Jackson also said, "Athletics administrators and coaches do not intervene in campus judicial or law enforcement matters, and respect the outcomes of those proceedings." ELN will have more on this story as it develops.

ELN has an exclusive first look at the realities of sexual assault on Elon's campus today.

Haven is a required online educational course for first year students that teaches about sexual assault, relationship violence and stalking.

Part of the course includes a mandatory survey that takes place before matriculation and six weeks after students have been on campus.

The results are said to be released by the university in the fall but Dr. Jana Lynn Patterson, Dean of Student Health and Wellness, gave ELN exclusive access to those statistics before they were released to the Elon community. She says the Haven statistics are similar to numbers reported across the nation.

"I think we're right there." she said. "Some of our preliminary numbers in the fall from Haven indicate we experience next to our national average less but when we have reports from our last reports in 2012 from the national college health assessment we were right in there in that national normative data."

Some of the highlights of the Haven results from when students were surveyed six weeks after being on Elon's campus :

Current Elon junior, Takeva Mitchell, was willing to speak to ELN about how she says she was sexually assaulted while at Elon.

"This is the kind of stuff that you see on TV," she said. "You don't see this happening in real life and you don't ever expect that it would happen to you. And it did."

During a snowstorm in March 2014, Mitchell says she lost power and went to hang out at her new male friend's Campus Trace apartment.

As the night went on, she says the atmosphere went from inviting to uncomfortable.

Mitchell was watching TV in her friend's bedroom when he came in and shut the door.

"It was a transition into something that would change my life forever," Mitchell said.

Mitchell says that friend, then 20-year old Adrian McClendon, who is still an Elon student, became sexually aggressive by laying on top of her and groping her.

"I had given up so much in that room, that I don't even know what I was thinking," Mitchell said. "Because I don't remember I just wanted to leave."

She says that after being persuaded by her roommate, Mitchell filed an Elon Town Police report against McClendon hours after the incident. McClendon was charged with sexual battery and false imprisonment, or holding someone against their will.

McClendon plead guilty to the false imprisonment charge and has had the sexual battery charge dropped as a part of his plea agreement.

McClendon entered an Alford Plea, wherein McClendon acknowledges that the state has enough evidence to convict him.

He is awaiting sentencing for that false imprisonment charge, which will come in May of 2016.

ELN called McClendon on the phone but he hung up and then later referred us to his lawyer via email.

His lawyer said on the phone, "He is not guilty of a crime."

McClendon is a defensive back for the football team. According to Associate Director of Communications for Elon Athletics, Chris Rash, as of May 12, McClendon is still in good standing with the team.

Meanwhile, Mitchell says her path to recovery since her alleged attack has been possible through friends, family and her own will.

"My favorite three 'p's:progress, patience, perseverance," she said. "Those three 'p's got me where I am today."

It's that progress that Associate Vice President for Student Life, Jana Lynn Patterson, says is key to uniting campuses to end sexual assault.

Dr. Patterson and Mitchell both recognize that there are still areas where Elon's campus needs to grow to eradicate sexual assault.

They say continuing the conversation is the only way to do it.

Dean Patterson and Takeeva Mitchell both agree that the best thing someone can do is to speak up, whether by telling a friend or an official.

For those who want to speak up, Elon provides a 24 hour year-round anonymous Safe Line for students and alumni to contact for support and to potential take steps for forward action.

Dr. Patterson said that while Safe Line is anonymous, the university has an obligation to report