Dressing up in drag for Elon's Pride Week 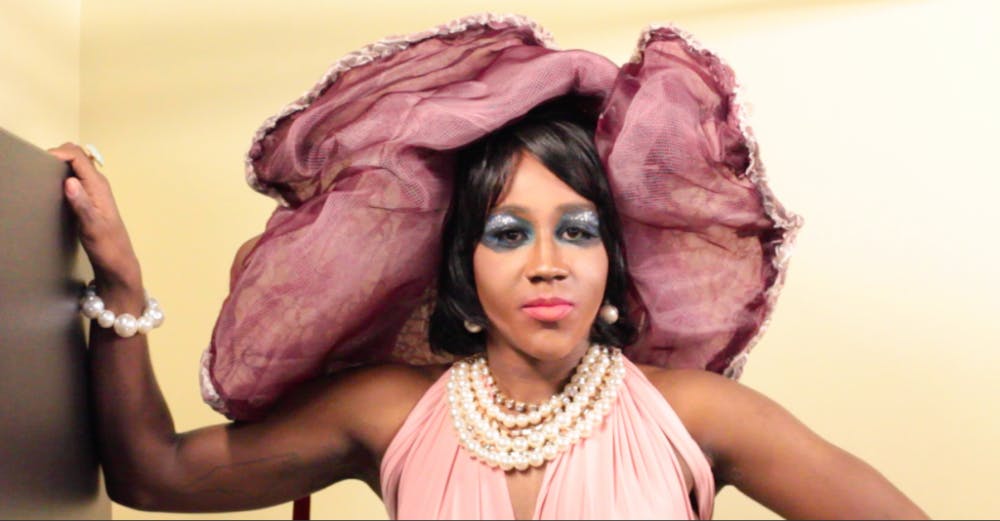 While the words “fabulous” and “fun” may have come to mind for some, one word trumped them all: “acceptance.”

More than 150 students, visitors, professors and coaches from organizations across campus and packed into The College Street Taphouse to support performers who donned drag for the night.

Matthew Antonio Bosch, director of the gender and LGBTQIA center, held the title of Master of Ceremonies for the night. Simply referring to him as a host would not do the evening justice—Bosch’s pink blazer, blonde wig and chunky earrings represented the unmistakable persona of Hilary Clinton.

“If you’re from Elon, say ‘heeyyy’... and if you’re not, say ‘heeyyy’,” Bosch said with his debut on stage. The crowd erupted to both, and Bosch added, “Drag is universal, honey.”

“It’s an important culture that often gets overlooked,” Bremner said. “It incorporates everyone—both gays and also allies [of the LGBTQIA community].”

“I appreciate that they’re having fun and welcoming everyone else, too,” Harter said.

For all the entertainment drag shows have provided, the drag culture has been under heavy scrutiny recently. The website and forum, Bilerico Project, added to the criticism.

In a post titled, “Drag Culture Hurts the Transgender Community,” Brynn Tannehill claims drag queens give a misleading representation of what it means to be a transgender.

But Bosch used the Dragstravaganza event to educate as well as entertain many newcomers. He asked the audience, “What is the difference between being a transgender and being a drag performer?” Bosch explained that the former wear clothes typically worn by the opposite sex during their everyday lives, while drag queens and kings dress in more outlandish costumes for entertainment purposes.

“Drag queens are an unabashed will of the feminist strength,” Daie said. “When men embrace the feminist characters as they truly are, they become drag queens.”

As a gay rights activist, Daie believes it’s one of the purest forms of queer culture and necessary for breaking social norms.

“That’s not where every drag queen is, but that’s where we should be,” Daie said.

There are plenty of drag queens and kings that identify as straight.

“Drag performances are more about gender performance rather than sexual orientation,” Bosch said. “They make us think, ‘what is it about the gender binary that we need to precede?’”

Brianna Moragne, a junior at Elon, took a chance with the idea of gender performance and volunteered to participate in the “Drag Race,” a dance-off between two audience members.

“My personality is big, so it doesn’t matter if it’s guys’ clothes or girls’ clothes—I’ll dance,” Moragne said. She took the persona of “Broseph” on stage and was victorious in a dance mash-up consisting of “Partition” by Beyonce, “Boyfriend” by Justin Bieber and “I Like Big Butts” by Sir Mix-A-Lot.

Now in its second year, Dragstravaganza has more than doubled its audience. All the proceeds benefit Time Out Youth, a charity in Charlotte that helps LGBTQIA youth.