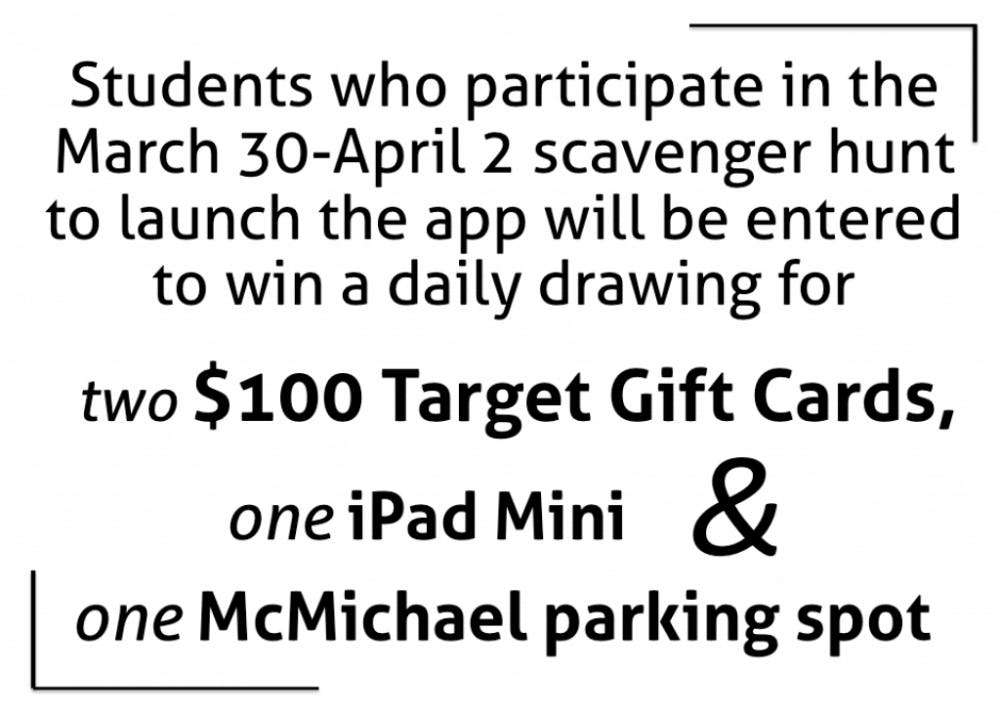 The app will allow students to submit tips to Campus Security via their smartphones as well as communicate with officers on duty.

To urge students to download the app, Campus Safety and Police will administer a scavenger hunt from March 30-April 2 that will send students searching for images of the Elon Phoenix across campus. Students who submit photos of the phoenix to Campus Security through LiveSafe will be entered to win a daily drawing for two $100 Target Gift Cards, an iPad Mini and a parking spot in the McMichael parking lot.

“I think you can’t put a price tag on safety,” he said. “We enjoy a low crime rate, but you don’t want to take it for granted.”

After downloading the app, users will be prompted to create an account. Then, they will have the option of reporting a tip, dialing an emergency phone number, viewing a map that shows where each blue light on campus is located or using the Safe Walk system.

Safe Walk — a feature of the app — will help students navigate campus safely when they walk alone, particularly at night, Franks said. Through GPS technology, students can allow another user to track their location on a map in a virtual buddy system.

“Probably 99 percent of our students have a smart device,” Franks said. “What better way to help build our community relations?”

Students who use the app to report a tip will be met with a grid that displays 12 different categories, including traffic accidents, assault and suspicious activity. After choosing a category, users can describe the situation, take a photo or video and communicate with the dispatcher on duty. Users may also report tips anonymously.

Currently, there is no category for students to report hazing, but Franks said users can report that kind of activity through the “other” category and provide a description. He said Campus Safety and Police will look into adding hazing to the list of options.

In addition to bringing LiveSafe to Elon, Campus Safety and Police has taken several measures to increase security in the past year, installing additional blue lights on campus and purchasing body cameras for on-duty safety officials to wear. Franks said there hasn’t been a jump in crime rates to warrant these additions, but they are an effort to generate safety and peace of mind on campus.

“We are always evaluating ways to make our community safer,” he said. “We continue to enhance our tool kit, and this is a great addition.”

Though the app doesn’t launch until Monday, students have reacted positively to the new safety option, saying it will benefit campus.

Junior Kerianne Durkin said she would take advantage of the app even though she considers Elon a safe campus.

“I might use Safewalk now because I live off campus,” she said. “Coming back from the library at night can sometimes be kind of sketchy.”

Durkin also said she would use LiveSafe to contact Safe Rides on weekends.

Freshman Cailin Jalynski said the app is a worthwhile addition to campus security because some of the current safety measures aren’t always readily available.

“The blue lights aren’t everywhere, and if you just need something instantly then [the app] is a good way to have it,” Jalynski said. “I think just improving security and options for people is always good.”