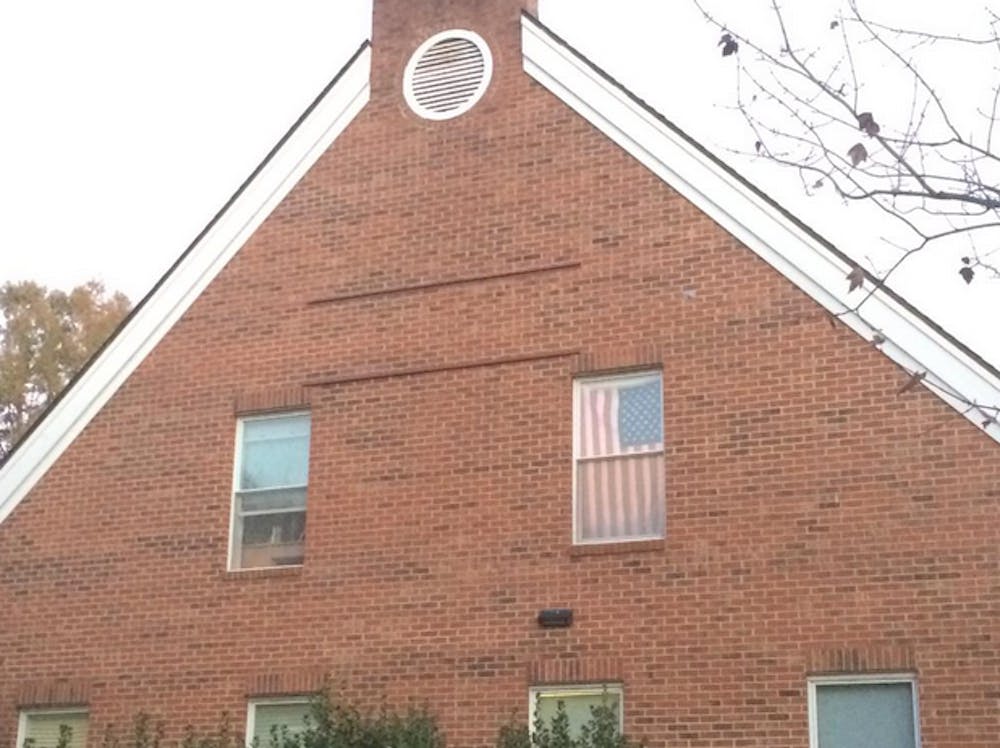 Letters were removed from Sigma Pi's former on-campus house in the Loy Center.

According to Rex Waters, Dean of Student Development, Elon University and Sigma Pi, International have both signed the return to campus agreement.

Dean Waters told ELN that the agreement is complied of three main parts: 1. Support the men of Sigma Pi in this time of transition 2. Communicate and educate alumni 3.Work with the university to recolonize in Fall of 2017.

This is Dean Water's first return to campus agreement in his 25 years at Elon.

"It is our hope that Sigma Pi will return to campus in Fall 2017," Dean Waters said.

Eric Townsend, Director of Elon University News Bureau, said Elon upheld its three-year suspension of Sigma Pi after the university released a statement saying a campus investigation found evidence of hazing within the fraternity in Fall 2014.

According to Dean Waters this means the fraternity can no longer hold meetings or organized events.

Dean Waters said the university is working to find new housing for the 12 men currently living in Sigma Pi's former on-campus house in the Loy Center. He said the men will be relocated elsewhere on campus at the end of fall semester.

The Sigma Pi letters were taken off of the fraternity house earlier this week.

Waters said the house will remain shutdown for the rest of the school year and will reopen to a new organization in Fall 2015. The university will decide what to do with the house in the spring.

Waters also said it is up to the international office to decide whether the current brothers will be granted alumni status.

As for the men who were going through new member education when the hazing investigation began, Dean Waters said it will also be up to the international office on whether they will be granted alumni status.

Waters said the chapter could return to campus in Fall 2017 if there is a collaborative effort from the international organization, Sigma Pi alumni and the university.

Meanwhile, Waters said the conversation on hazing needs to continue.

"Unfortunately hazing is in our culture and its something that many organizations find from time to time," Dean Waters said. "And we will continue to educate and inform the best we can to students that this behavior is unacceptable it does not lead to a stronger organization. And where reports are made we will follow up."

Dean Waters stressed the importance of realizing hazing goes beyond the Greek courts and that it has has no place in Elon's community.