Elon Community Church should vote yes on Open and Affirming 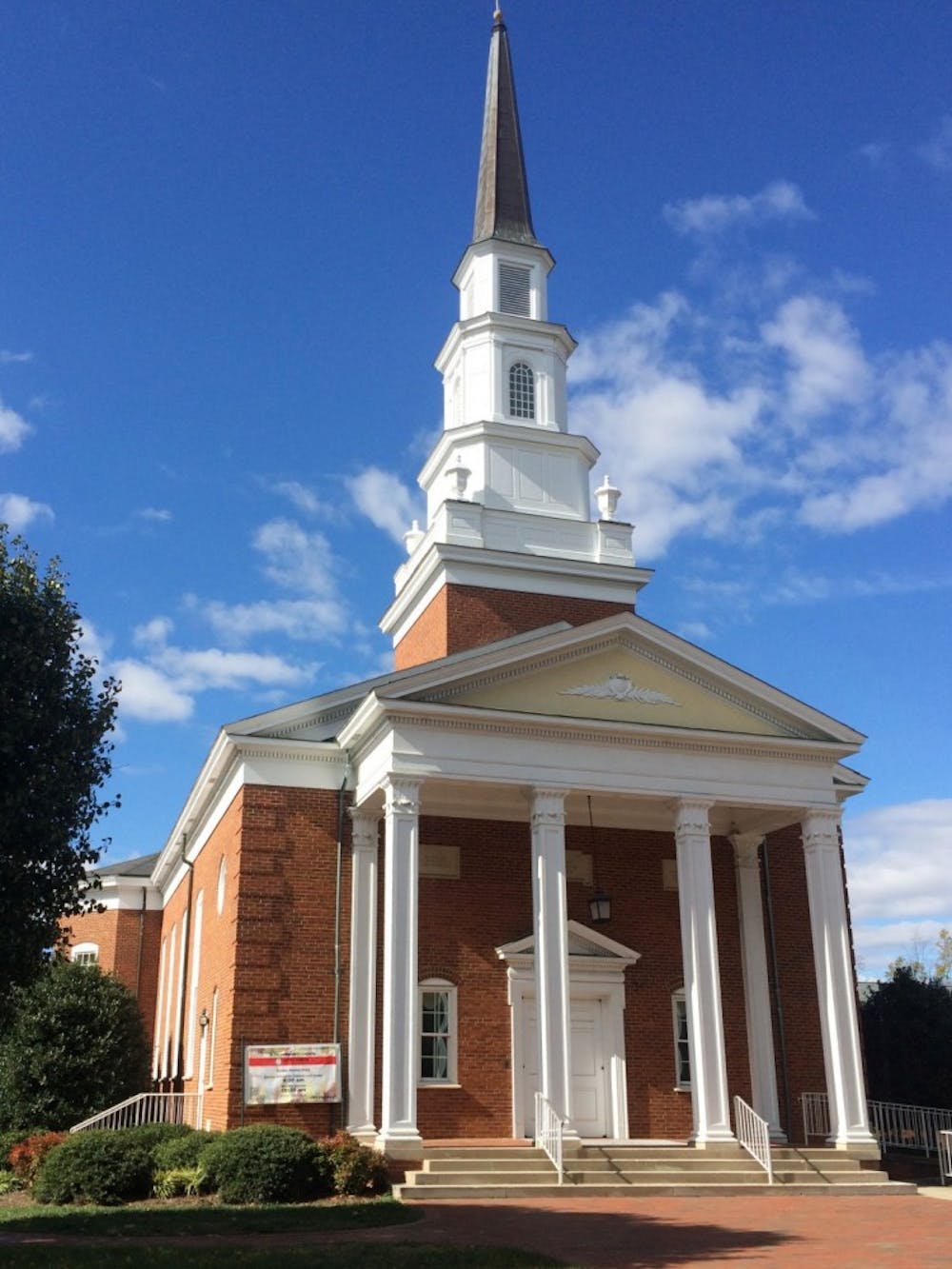 Elon Community Church has been a part of Elon since 1892 and will take on ONA vote soon.

Elon Community Church is having an Open and Affirming vote (ONA) Jan. 18 to determine if it should officially fully accept LGBTQIA members into the ministry.

ONA is an official decision by a congregation in the United Church of Christ, the denomination of Elon Community Church, that states a church fully welcomes and incorporates LGBTQIA people into its congregation.

This vote is vital to acceptance in the Elon community, and a positive outcome would further the necessary inclusion of people of any sexuality and gender identity.

Before the church votes, it goes through a discernment period, which can take anywhere from 12 to 24 months and involves open meetings and discussions on the ONA vote. Once members have discussed the issue to its fullest extent, they will come together and vote on it.

Discussion about the vote began more than two years ago, when the church decided it was time to move forward with the inclusion of LGBTQIA members.

This vote would give LGBTQIA members membership in the church and full acceptance of their faith in God, regard- less of their sexuality and gender identity.

According to Rev. Randy Orwig, senior pastor at Elon Community Church, certain members of the congregation have concerns on the subject, and the church wanted all members to have a chance to fully understand the vote.

Orwig noted the church is trying to give extra attention to the biblical aspects and questions behind the ONA vote, which are where some of the congregation may find doubt.

The vote, if enacted, will alter church policy so that it does not discriminate and will affirm a person’s lifestyle. All LGBTQIA members would be held in the same esteem as all other members.

Orwig said he believes the church is ready for this vote on the next step to include LGBTQIA members in the congregation.

For LGBTQIA students looking for a place to discuss the correlation between their religion and sexuality, Rev. Janet Fuller, Elon University’s Chaplain, offers the opportunity for safe discussion.

“I myself am an ally of the LGBTQIA community, my office is a safe space, and want to be active in their full inclusion in religious and other kinds of communities,” Fuller said.

According to Fuller, her staff and some students are planning a January series on sexuality and religion.