Students compete in TriathElon for a cause 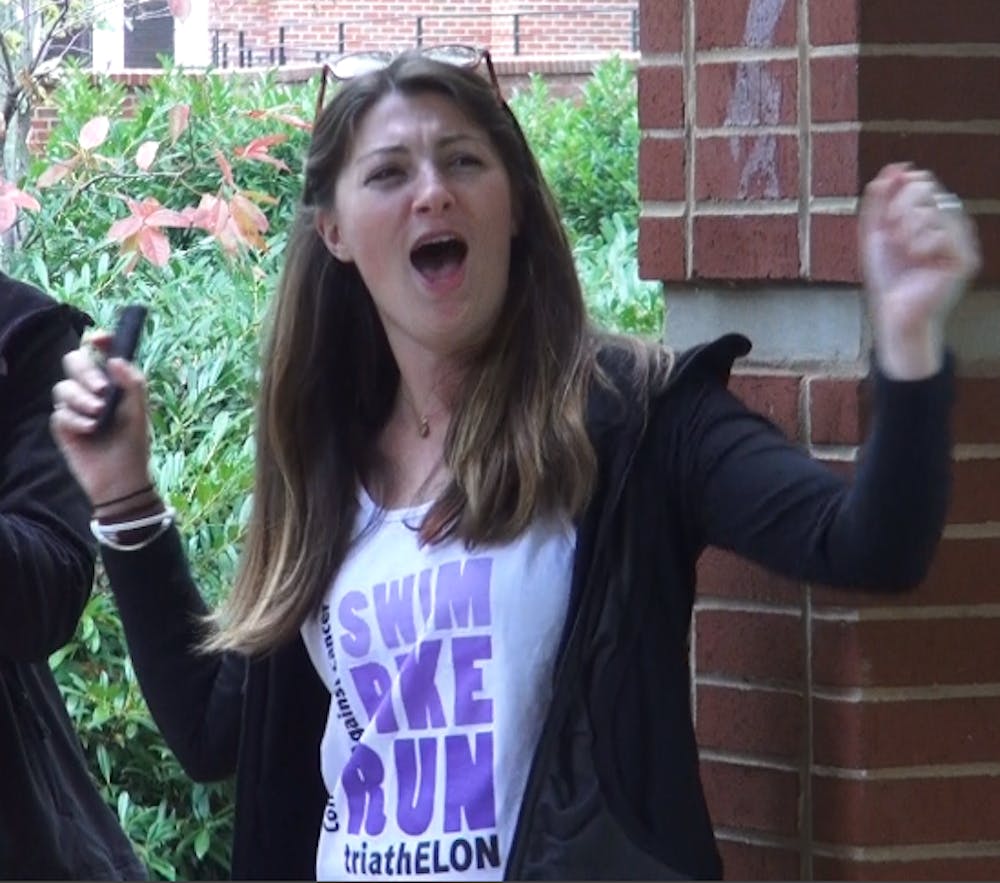 When senior Eleanor Sykes was in sixth grade, her mom died of cancer.

Sykes and her family now try to help other families affected by the disease.

"It gives you a positive spin to, just the hardships that life gives you," she said. "It's always been a way of getting out there and dealing with what our family has been struck with and you know, the impact that cancer has had on our lives, you know, is giving back, becoming involved."

Sykes made an impact on Elon's campus by organizing the Friday's TriathELON as Director of Survivor Relations for Elon's chapter of Colleges Against Cancer.

"It's just a really fun way to get active, get out there for the cause and just have people getting ready for Relay for Life," Sykes said.

Although the entertainment value of events like TriathELon is important, Sykes said that events like the bike, run and swim are about more than just exercise.

"It's one of those things that you need to think about the cause. It's more than just going out there and walking. There are people who are being affected by cancer every single day. I really wanted to bring that back and have everyone have that in their heart the whole time," she said.

Participants in Friday's event were competing for the cause as well.

"I've heard so many stories about her and how alike we are," said sophomore Katie Soraghan.

When Soraghan was a baby, her grandmother died of ovarian cancer.

"I thought it'd be a great idea to not only do the triathlon to support the school, but to also do it in memory of her," Soraghan said.

Sykes said if her mom were here today, she'd love what her daughter has accomplished.

"She'd be proud and happy that I'm taking something that sucks and, you know, making it a happy situation," Sykes said.