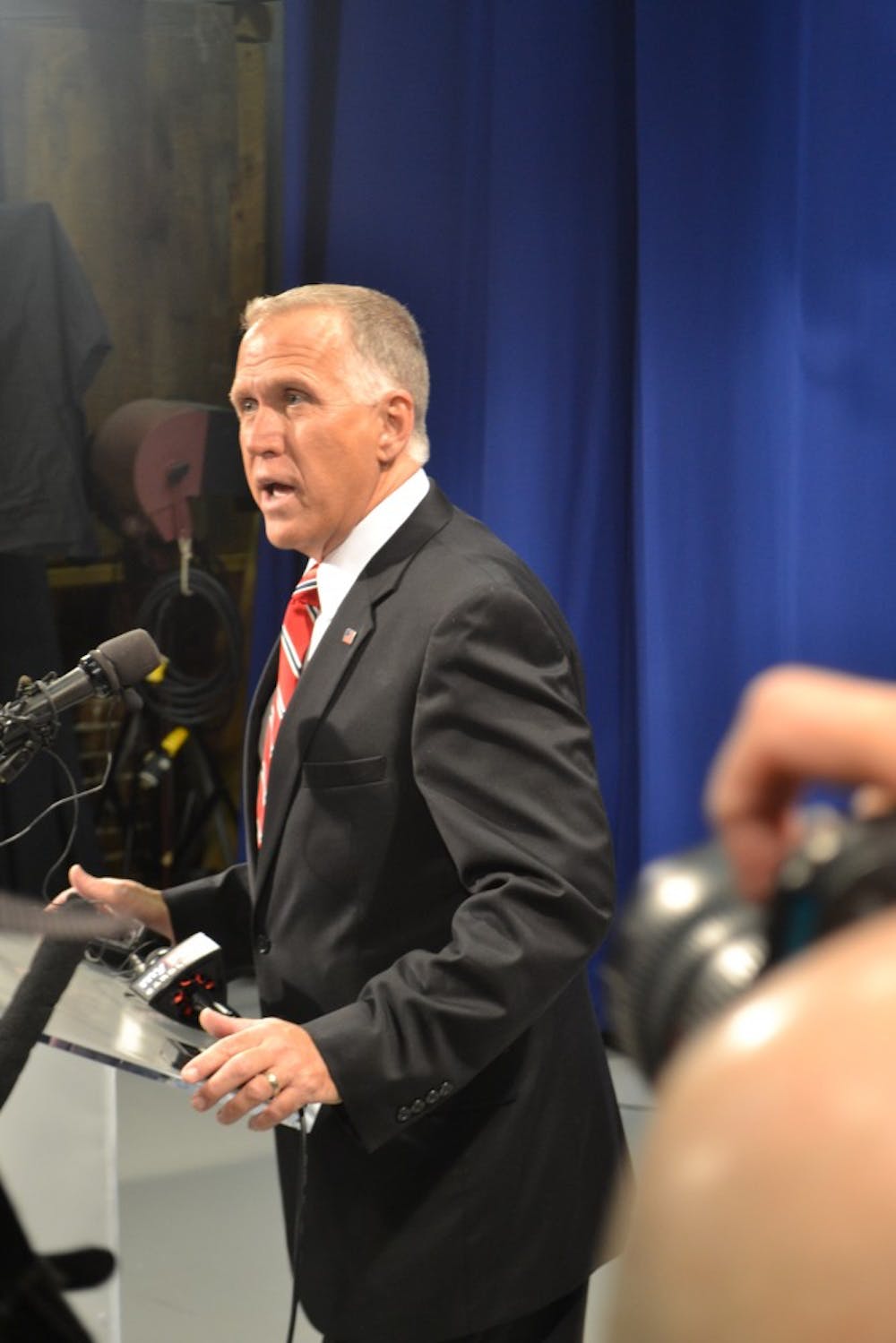 Incumbent North Carolina Senator Kay Hagan (D) and Speaker of the House Thom Tillis (R) met for their second debate in Raleigh on Tues. Oct. 7. Hagan lead the polls by four points going into the debate (44% vs. 40%) according the most recent Public Policy Polling from Sept. 16.

Good Morning America co-anchor and former United States Democratic Party political advisor George Stephanopoulos acted as moderator. He questioned the candidates on a range of issues including immigration, Ebola, the economy and ISIS.

Tillis mentioned in his opening statement that Hagan "has voted with Obama 96 percent of the time." He repeated this assertion 10 times throughout the debate.

Though the candidates disagreed on many issues, Hagan and Tillis both appeared to agree that the country's immigration system needs reform.

"The immigration system in the United States is broken," Hagan said.

But Tillis then confronted Hagan on her potential plan to combat the outbreak and stated he believes the U.S. needs to initiate travel bans to "reduce the threat" of the deadly disease.

On the issue of education, Hagan commented on Tillis' stance on college graduates refinancing.

"Speaker Tillis has already made college more expensive and won't allow students to do the simple thing of refinancing their debt," she said.

"I wonder how much more information I would have if my senator would show up for work," Tillis said.

TIllis closed with his argument's common theme: "A vote for Senator Hagan is a vote for President Obama's failed policies."

But Senator Hagan got the last word in saying: "North Carolina is the place where the weak grow strong and the strong grow great."