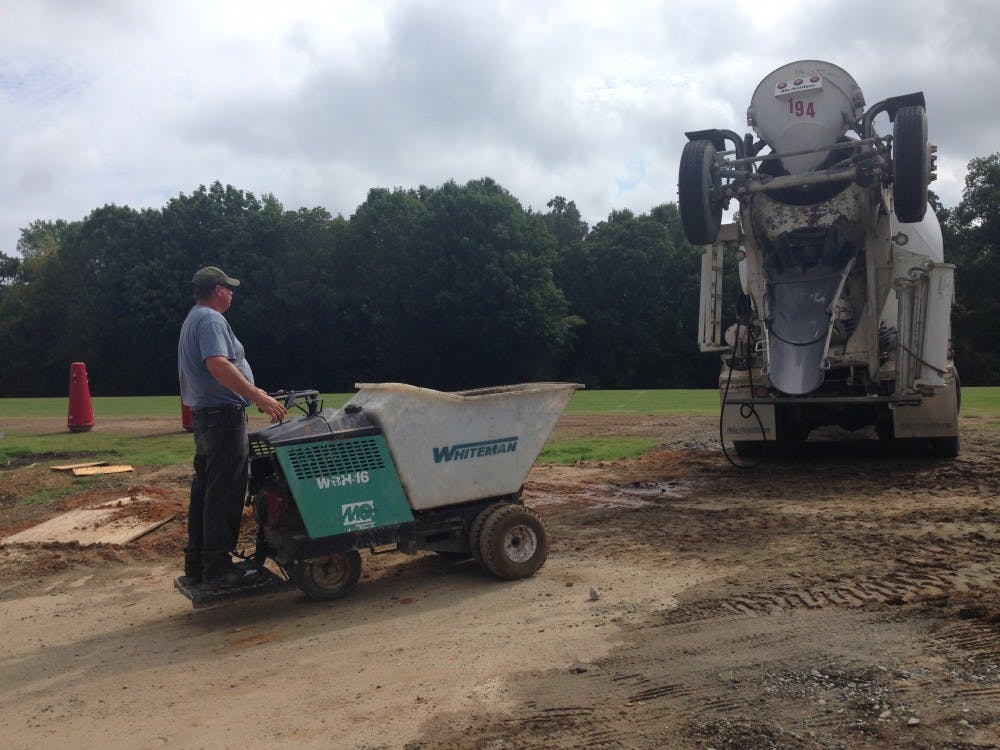 The plan to renovate Belk Track has been in the making for several years. After Elon University Trustee Jeanne Robertson donated to the Athletics Department, the university had enough funds to begin construction

"The life of track generally is ten years, you hope to get twelve years, and that is about where our track was from when it was installed," said Dave Blank, Elon's Athletic Director.

Some of the renovations include replacing the track surface, the D-zone where high jumping and pole vaulting take place, adding multiple pits and installing lights into the facility.

The construction for these renovations began in May and are not scheduled to be finished until the end of October.

Official practice does not start until Sept. 22, but many members of the track team work out independently. The team must find other places to practice besides the track due to construction. Some of the team's members have used local facilities, such as Western Alamance High School to complete their training.

Despite having to practice outside of their home facility, Blank is confident that the team will have plenty of time on the new surface before they have to participate in formal competitions.

"Being through by the end of October," he said. "They'll have plenty of time before we have our spring events to get familiar with their own facility."