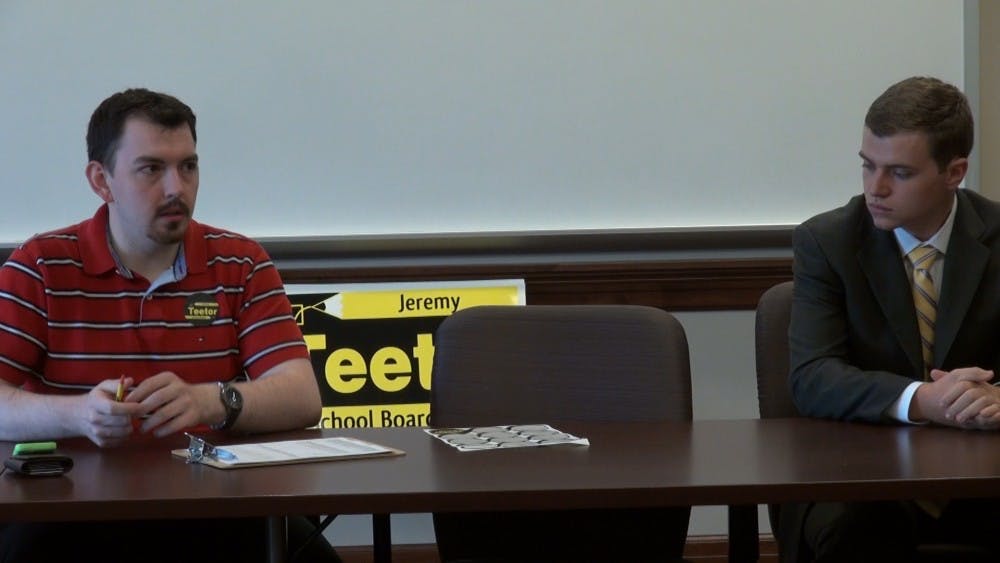 Election day is less than two months away, and while most students educate themselves about political platforms, one Elon student does more to help a local politician.

Sophomore Gabriel Corbett is the campaign manager for school board candidate and Assistant Bursar Jeremy Teetor. Corbett heard of the opportunity through recent Elon graduate Joe Bruno. Once the opportunity was brought to his attention it wasn't long before he got the job.

"I met with Jeremy a couple days later, and was given the job right on the spot," Corbett said.

Corbett's goal is to learn as much about politics as he can, and this experience was a great way to do that.

"I feel like this is a great way to do that because its real experience you can't get inside of the classroom," Corbett stated.

Candidate Teetor's main initiative if elected is to help the teachers of Alamance County.

Teetor said, "We would concentrate on doing this to reduce class sizes, provide materials that they need, and also by doing things to reduce the local pay."

Corbett not only believes in what Teetor plans to implement if elected, he has personal ties with the issues as well.

"I come from a family of teachers," Corbett said. "My aunt is a professor at Clemson, my grandparents have been high school teachers, so its something that I am very passionate about."

That passion is what Corbett said pushes him to work hard on the campaign. Campaign management is a time commitment, especially for a student who balances academics and extracurriculars.

The amount of time Corbett spends on this campaign varies each week, depending on what they have planned. According to Corbett, the most time he has spent on the campaign in one week is 15 hours.

Spending so much time with the candidate, Corbett and Teetor have developed a great relationship and will continue to stay in touch even after the election is over.

That relationship has allowed Corbett to correct and suggest ideas to Teetor if need be.

"There were some things that he used to say in his two to three minute speech to voters that I didn't think was necessary, so I told him to cut that out and focus on another point," Corbett said.

When Election Day hits, Corbett's work will not be done. He used this experience as his Experiential Learning Requirement and has some classwork to do before the course is completed.

Looking back over the last eight months, Corbett is extremely pleased with the experience overall. He said that the campaign management position was what he expected.