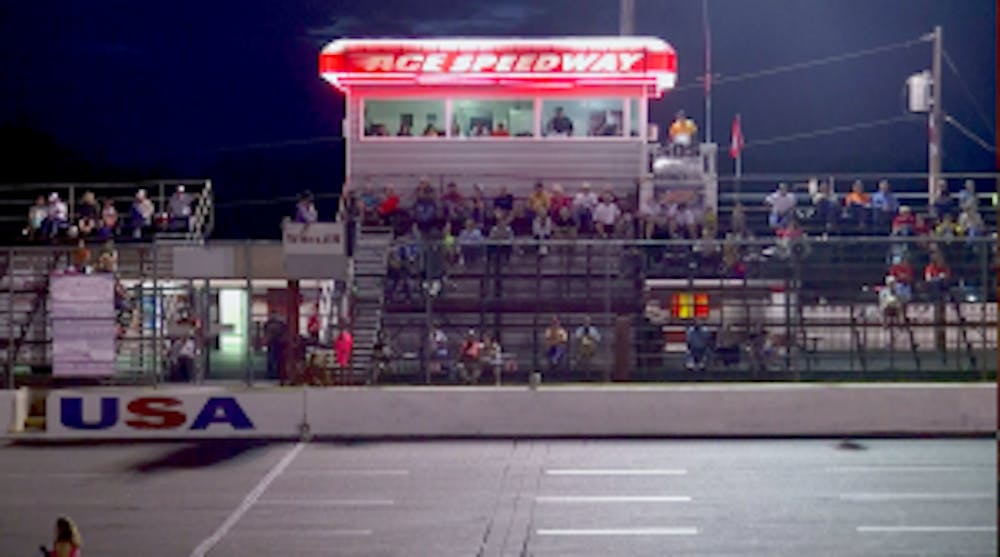 You may not have seen it, but you've probably heard it. As the loudest show in Alamance County, Ace Speedway is hosting their "Friday Night Racing" series every week, giving local racing fans a chance to experience it first hand.

"It's our niche," said Brad Allen, Ace Speedway General Manger. "We have always run on Friday night. We tried Saturdays and we've seen a significant falloff. Friday night racing gives you a chance to take care of your racing itch so to speak."

One local driver grew up around this particular track, and Friday night was a chance for him to carry on his family's name.

"I've been coming here with my dad since I was a kid," said Dylan Ward, the previous "Driver of the Week" and son of Dean Ward. "My dad won a bunch of championships here in the 90s, and it feels good to keep it going in the family."

Friday Night Racing is a fun time for the fans, but for the drivers, it's simply about winning.

"I definitely don't want to lose. I take racing very seriously," said Ward. "I probably take it more seriously than anything."

Ace Speedway is celebrating its 58th anniversary this year, and over the years it's seen many of its drivers become successful on larger stages.

"Whether it be cup, nationwide series or the truck division, a lot of them came here and had success," said Allen. "We know if you conquer Ace Speedway and stay in racing, you're probably going to have a big career ahead of you."

Allen admits that the economy is tough, but his optimism for the future and love for the sport drives him to restore the track to its former glory.

"We will be here as long as we get supported, and I think racing is returning somewhat to its grassroots level," said Allen. "We are glad to be a part of it"