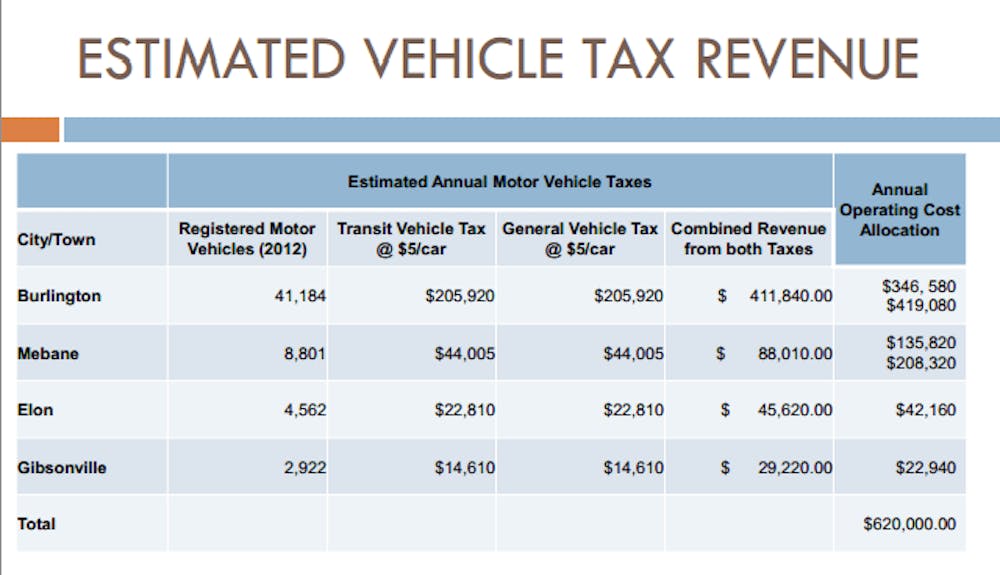 Burlington City Council approved the proposed development of an urban transit system, which will include a route through Elon.

The Burlington-Graham Metropolitan Planning Organization (BGMPO) developed a list of candidate transportation projects, including the transit system, which were discussed, evaluated and voted on Tuesday, June 17.

According to bgmpo.org, the Public Transportation will have a "Hub and Spoke" design, with downtown Burlington serving as the central hub for several outreaching destinations.

The transit will consist of four routes going through the cities of Burlington, Mebane, Elon and Gibsonville with estimated 30 minute travel times.

The system start-up expenses total $2.7 million; including six buses at $400,000 each, $160,000 for signs, shelter and equipment and $140,000 for planning/administrative and marketing costs, according to bgmpo.org.

Local funding, state funding and transit passengers will help pay for the first year's expenses, but forty-seven percent of the cost will be covered by federal funding. There will also be a $620,000 total annual operating cost allocation from estimated annual motor vehicle taxes, according to www.bgmpo.org.

For those interested, the TCC (Technical Coordinating Committee) and TAC will meet in the Burlington Planning Department Conference Room, 425 South Lexington Avenue, Burlington, NC on August 19, at 9 a.m. and 5 p.m.