An Ode to the SoCon 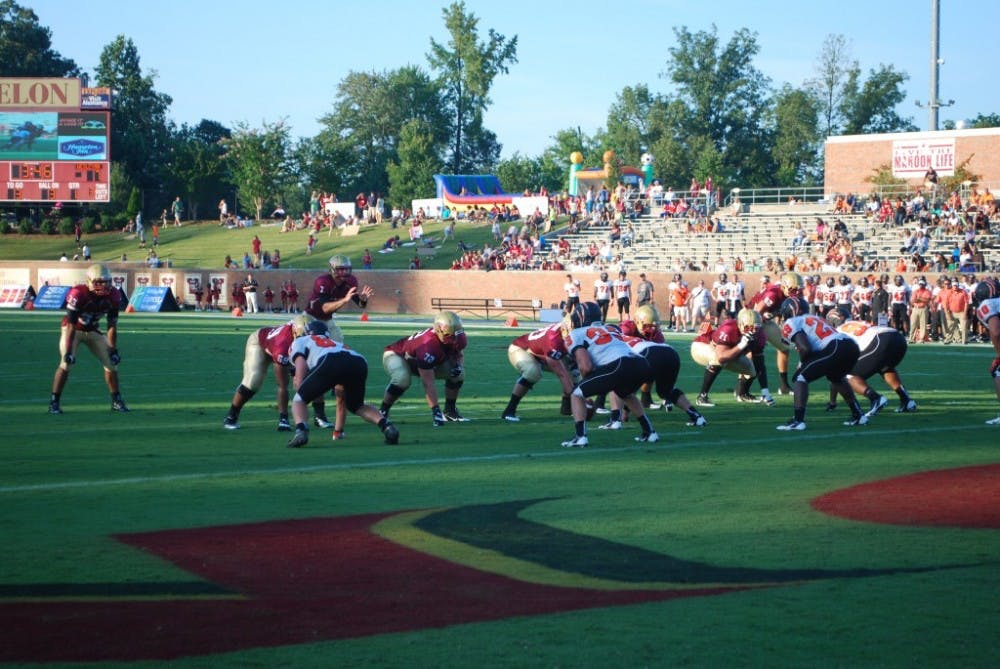 Elon, Davidson, Appalachian State and Georgia Southern are all leaving the Southern Conference this summer. File photo by Tara Wirth.

High in the mountains, far from Elon’s fountains.

There’s no Zack’s Hot Dogs, but you’ll drive past some hogs.

Home to Catamounts football, a disaster each fall.

A school in the valley, surrounded by a hill.

Statesboro, Georgia, we haven’t ignored ya.

Middle of nowhere, the Eagles’ lair.

Country folk abound, no phone service to be found.

An FBS conference would be better, they felt.

So Southern headed off to the Sun Belt.

They brought along their friends from Boone.

App State is moving up, despite last season’s swoon.

No more Elon visits to the Rock,

Or to see Chattanooga’s Moc.

Seven hours away in Tennessee bussed the Phoenix to UTC.

Instead of facing chaos, Elon would rather play lacrosse.

Upon a horse the Paladin did ride, but the Phoenix did not turn and hide.

Nearby Furman lies the grounds of Wofford.

We will miss the thrill Terriers games offered.

A frequent visitor to the Big Dance, the campus is filled with Khaki pants.

Down in Charleston lies The Citadel,

Where football games are celebrated with cannon shell.

Basketball is a struggle at this military school,

Where a rifle is an essential tool.

Samford is so far away,

In the Central Time Zone do the Bulldogs play.

The trip there is quite the ride, down to the land of the Crimson Tide.

It’s a shorter journey to the home of the Tourney,

For at Greensboro Coliseum you can see,

It’s a neighborhood rivalry when these teams ball,

Elon sees them at the mall.

Wes has an empty trophy box, a far cry from that of the Silver Fox.

It only takes one gas tank fill-up to reach the abode of Bob McKillop.

Davidson College is the league’s hub of knowledge.

A traditional rivalry, Elon-Davidson was the place to be.

As we approach this historic day,

An exit fee is left to pay,

as Elon heads off to the CAA.

Colonial Williamsburg is a new destination,

Near Jamestown, the birthplace of our nation.

Same with Drexel in the heart of Philly,

January there could get chilly.

Goodbye SoCon, we will miss you so,

To greener pastures Elon must go.