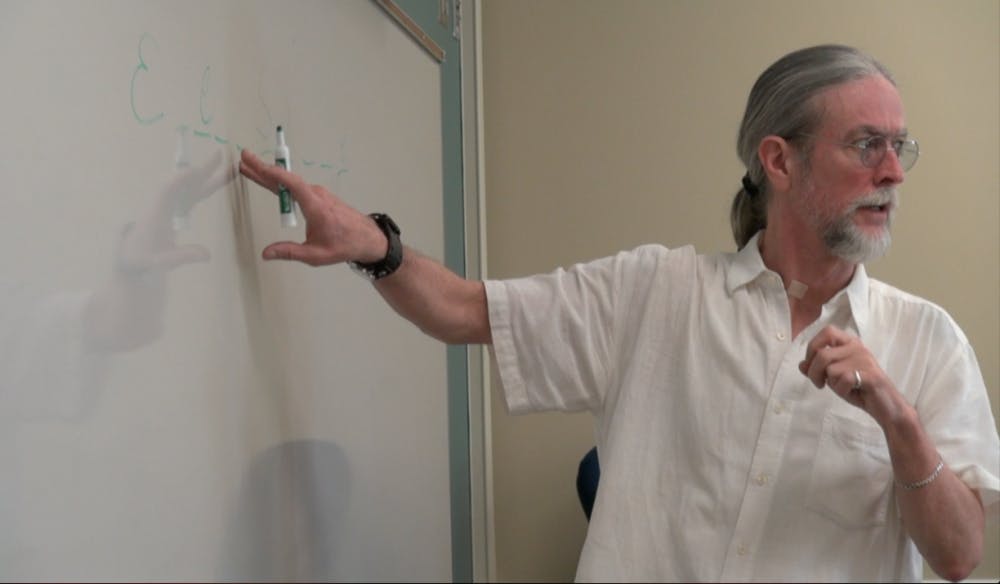 L.D. Russell has been a professor of Religious Studies at Elon University for 20 years. He was recently promoted to Senior Lecturer, an honor that recognizes faculty with exceptional teaching records. However, the celebration came with an unexpected surprise.

"It's the yin and the yang, right, the good and the bad seem to come together," Russell said.

Russell had his annual physical last October and the results were frightening. He was diagnosed with a failing Mitral Valve in his heart. His condition required immediate surgery.

"[My doctor] wanted me to have it then, and it really took me awhile to wrap my mind around it because for me it's the kind of call I might have expected at 68, but not 58," Russell said.

Russell had a different idea. He would finish out the rest of the semester and go in for surgery the week following graduation. That way, he could see seniors walk across the stage to receive their diploma. Russell worked out a deal with his cardiologist.

"If at any point between now and the end of the school year, you find that I'm in critical shape, I'll drop everything and go into the hospital and have this thing done," he said.

Russell says he is committed to being there for his students and fellow faculty members, but it's been difficult.

"There's still a little bit of uncertainty as to whether I'm going to make it through or not because I have good days and bad days," he said. "The main thing is lack of energy, but there are some psychological effects that come along with it."

Every day was a struggle to remain positive and Russell said he needed support. When he was asked to write a post for the Elon Awareness Blog, he saw it as an opportunity to reach out for help.

"I've struggled so much just to formulate for myself how to understand what is happening and how to deal with it, that I decided to go ahead and write about it," said Russell.

The amount of responses he received was overwhelming. Many of them came from Elon alumni who took his class.

"Students will actually take this opportunity to say that they came to a better or clearer understanding of themselves, of their lives," Russell said, "And that's just gold to me, that's really why I do what I do. To hear it in their words, it's just a beautiful thing. It's such a culmination in some ways and confirmation of my career."

With less than three weeks until graduation, Russell is confident that he will make it. He also has faith in his doctors that the surgery will be a success and he'll back to teaching this Fall.

"When you face something like this, it's difficult right?" he said. "And part of that difficulty is feeling like in the end, you have to face it alone, but that's not really true. I do feel a great deal of love and support, and I'm truly grateful"