When academics are 'do or die,' sports take a back seat 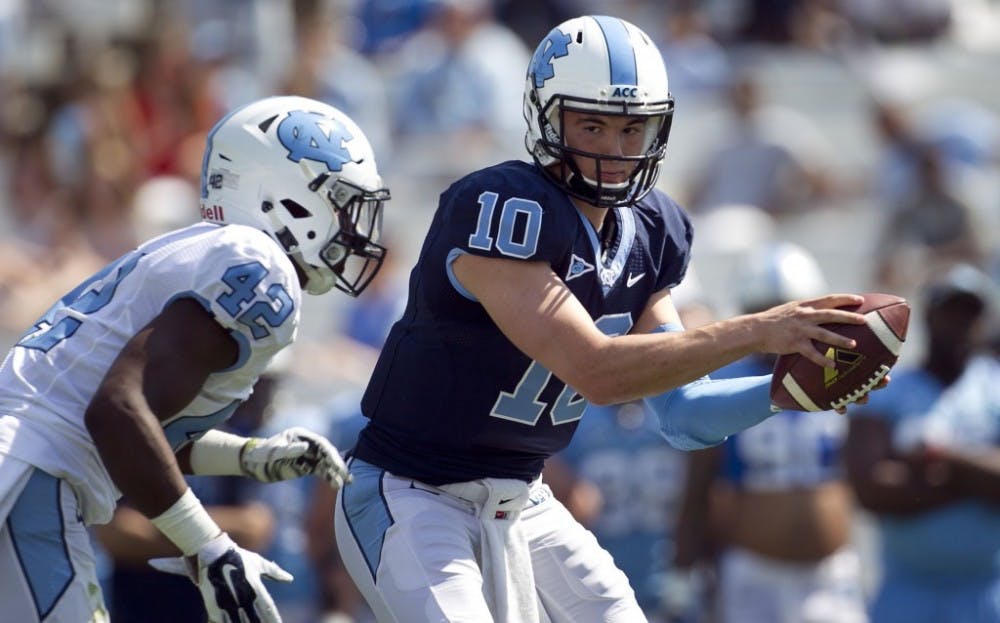 This is an article about the NCAA and its treatment of student athletes.

“Oh, no,” you say. “Here goes another person on their soap box.”

Wrong. This piece praises the NCAA. This piece has nothing to do with paying athletes. This piece is about the “student” part of “student athlete.”

The pressure is on for sports such as baseball, softball, lacrosse, tennis, track and field and more. Imagine trying to balance the immense pressure of athletic crunch time with the postseason looming and grades being due.

Yet schools and conferences have their priorities in order. Elon University baseball, for example, has a weeklong break from May 13-20 between the regular season and Southern Conference tournament in order to allow the players to focus fully on their exams. Even major schools, such as the University of North Carolina at Chapel Hill, stop their baseball seasons for a weekend to allow their students to study. Certainly coaches would not like to lose momentum in their season, but they clearly realize the true priorities of a college education. On several occasions, Elon has had a tough time at the Southern Conference Tournament because of the long layoff beforehand.

Other spring sports at Elon have the potential to be problematic due to the university’s later exam schedule. While all SoCon play has concluded, the NCAA tennis and softball tournaments take place during Elon’s exams. If the men’s or women’s tennis teams advance past regional play this weekend, arrangements would most likely need to be made. That is understandable, since the NCAA can’t just sit around and wait for every school to finish its exams.

The conflict is not limited to the spring semester. At the conclusion of the fall semester, the only sports in regular season play are men’s and women’s basketball. All across the country, early to mid-December is a wasteland of college basketball because teams are on extended breaks for exams. ESPN, for one, would probably love to have games to show during a period between the end of college football’s regular season and the football postseasons.

Speaking of college football, when the College Football Playoff was in the planning stages and a 16-team model was discussed lasting all throughout December, exams were brought up as a negative. Ultimately, this was quickly rejected and the playoff will only consist of four teams accompanying the rest of bowl season.

“Nearly all of us are going pro in something other than sports,” was the tagline on an old NCAA commercial. Luckily, this is a fact that schools remember when putting together their athletic schedules. Taking a break for exams is one of the smartest things college sports is doing in its current money-driven existence.