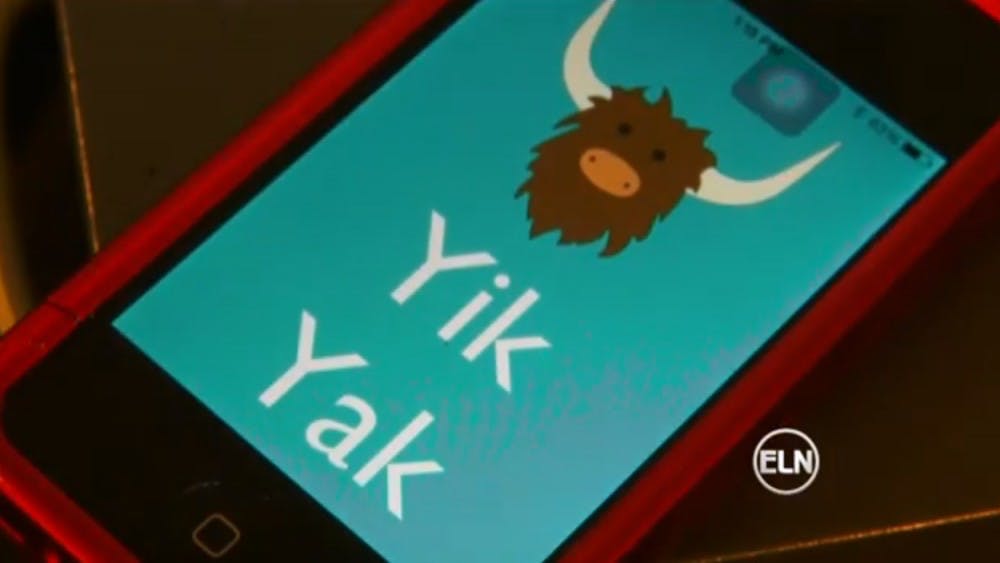 The app called YikYak has been banned from 85 percent of the nation's high schools and middle schools, but it's quickly picking up traction around Elon's campus. Freshman Mark Malburg uses the app and says he checks it everyday.

"You're definitely going to have to have a pretty thick skin if you're going to download the app," Malburg says.

Students who download the app can post anonymous comments about absolutely anything on a message board. These comments are sent out to the 500 closest users, which can be anyone within a 5 mile radius.

"The whole app is made to say what's on your mind without having the fear of repercussions for people not liking what you think," Malburg says.

Yik Yak has been increasing in popularity among young people across the country, and while the creators designed the app for comedic purposes, some say it has become just another gateway to cyberbullying. Senior Taylor Nelson doesn't use the app but is aware of its prevalence on campus.

"I think that when people rely on anonymity, it can get kind of ugly and sometimes I think people can take it to an extreme," Nelson says.

Many of the posts surrounding Elon's campus are associated with Greek life and attach negative comments to specific sororities and fraternities. Nelson says this can be pretty upsetting for some people.

"When you invest yourself in something that you really care about, it never feels good to hear something bad about it," he says.

According to Nelson, it's the app's anonymity feature that encourages people to post insults.

"You can essentially sit in the dark, say what you want, and no one is going to confront you about it," Nelson says.

Still students, like Malburg, say the app is all in good fun.

The app's website includes a list of terms and agreements, which includes an age requirement of at least 17 years and a statement saying users must understand that the app may include comments that maybe deemed objectionable, obscene or poor in taste.