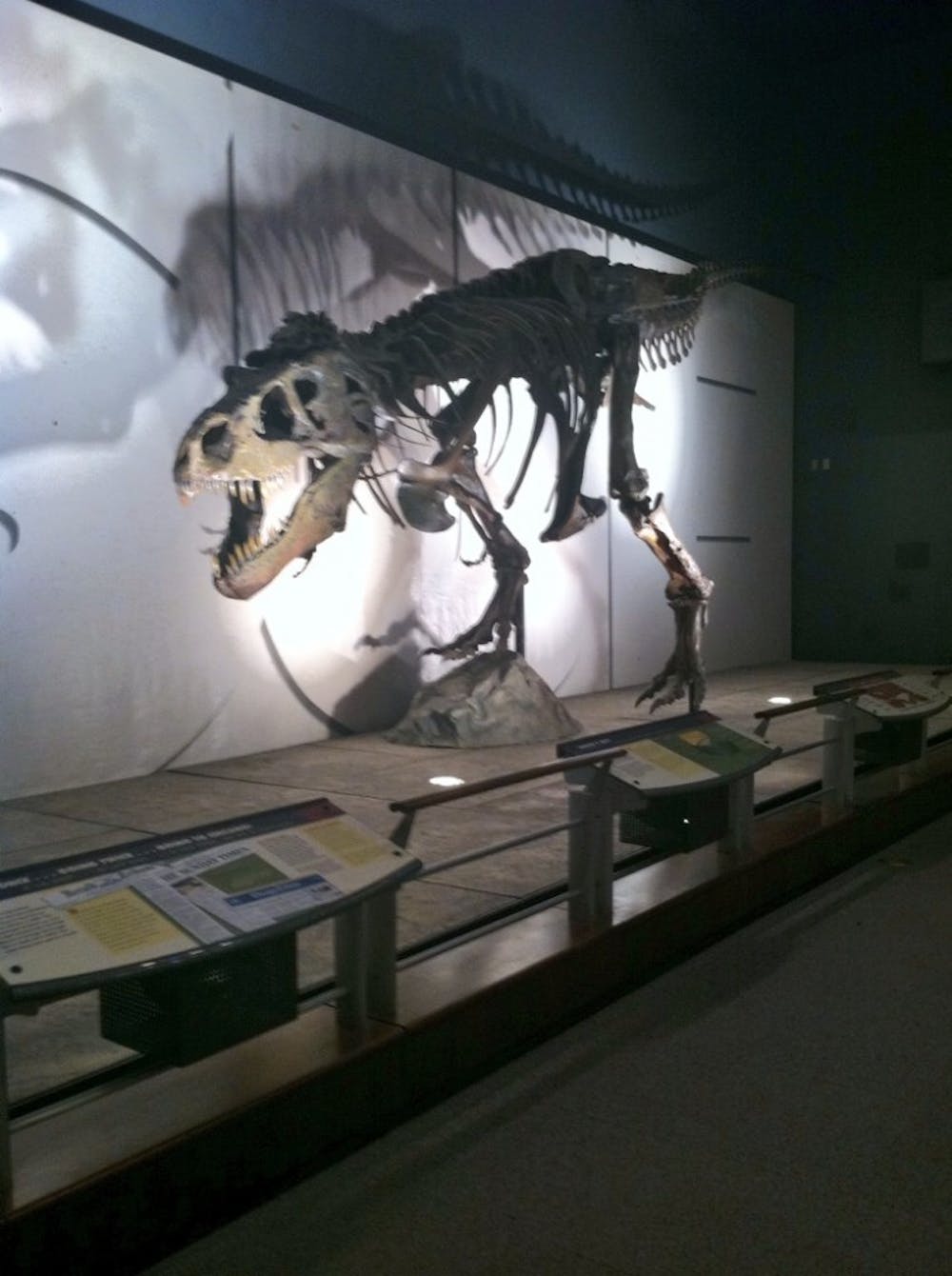 A life size cast of a T. Rex Skeleton on display at the Greensboro Science Center.

The Greensboro Science Center has a new visitor named Sue. Sciquarium Programs Manager, Alison Manka, says she is quite the spectacle.

"Most of the other exhibits we've had have not been to this scale, Sue is definitely the largest thing that we've ever had come visit here at the Greensboro Science Center," Manka said.

Sue is the fossilized remains of an ancient Tyrannosaurus Rex. She is 42 feet long, 12 feet high and made up of more than 250 bones and teeth. Manka loves seeing the reaction on people's faces when they see Sue for the first time.

"They don't realize how big this Tyrannosaurus Rex was and Sue is the largest that has ever been found so it's quite spectacular to see their faces light up," she said.

The Sciquarium staff designed an exhibit around a life size cast of the skeleton to teach people about these prehistoric creatures, more specifically about Sue.

"She was a meat eater, she had an excellent sense of smell, she could run pretty fast as well," Manka said.

"I want to be a paleontologist. The T-REX has a big skull with 58 teeth and tiny arms and big ribs for big stomachs, so they can eat a lot of food," Deunger said.

Besides digging up fossils, people can look through the eyes of a dinosaur. They can move the dinosaur's jaws and arms to experience what it is like to be a T-Rex.

The exhibit runs until May 4 and is opened from 9 a.m. until 5 p.m. Flight of The Butterflies is the next exhibit hosted by the Greensboro Science Center's Sciquarium. It will feature a 3D movie about the monarch butterfly and three butterfly gardens.