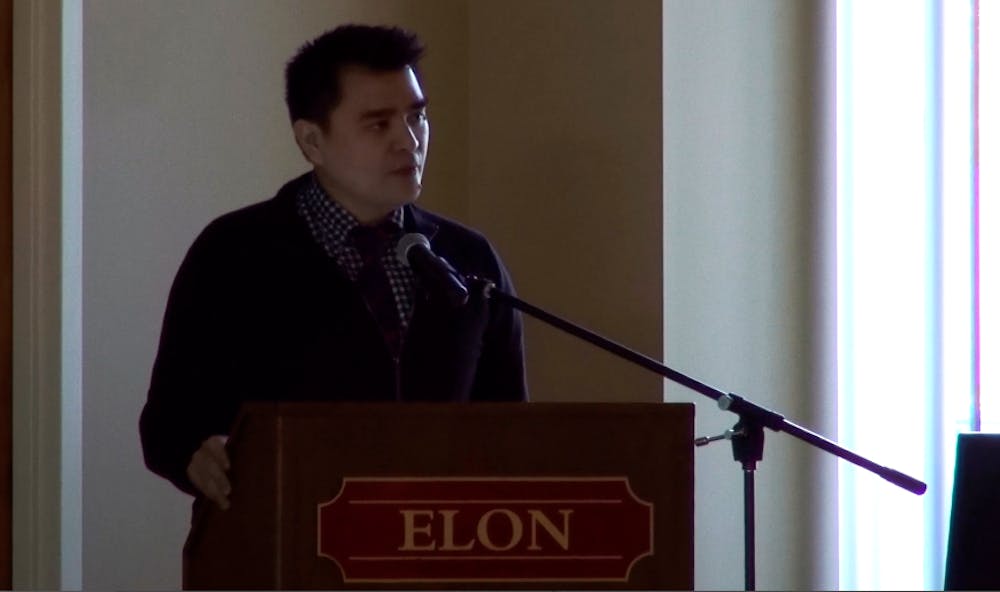 Jose Antonio Vargas came from the Philippines to live with his grandparents in the United States when he was 12. Four years later, Vargas took his green card to the DMV to apply for a driver's license and was told it was fake. It was then that he learned he was in this country illegally.

Since then, Vargas has embraced his identity as an undocumented immigrant and now he brings his story across the country to raise awareness of issues surrounding immigration. On Saturday, Feb. 22, Vargas brought his story to Elon as the keynote speaker of the Intersect Diversity Conference addressing hundreds of students and staff from 12 different colleges across North Carolina, as well as members of the local community.

After years of working as a journalist, Vargas wrote an essay for the New York Times Magazine called "My Life as an Undocumented Immigrant" exposing his illegal status. This began his work as an activist. Vargas founded Define American, an organization focused on changing the cultural stigma surrounding illegal immigration.

"Who do you think people like me are and what do you think we do? How do you define an American?" Vargas said. "Define American is a campaign that seeks to use culture and media to ask these hard questions that are really beyond politics."

Recently Vargas completed a documentary about his experience and the experiences of other undocumented immigrants titled, "Undocumented." During his speech, Vargas played a few clips from the documentary, which will air on CNN later this year. Vargas hopes that other work, like his documentary, will change the way people understand the issue of illegal immigration.

Vargas said these disruptions are important to start.

"The era of preaching to the choir is over. We will accomplish nothing by talking amongst each other and patting each other on the back" he said. "To me the goal now is how do we talk to people in such a way that we can figure out a way to have a dialogue and agree and compromise on something."

Vargas concluded the Intersect Conference, an event which sought to inspire change. Conference coordinator and Elon sophomore Jess Buller said he was chosen to do just that.

"We wanted someone that could speak about more than just diversity and more than just leadership and he encompasses the full realm," she said. "He is from a diverse background and he takes that and is a leader out of it and he really is able to try to make a change"