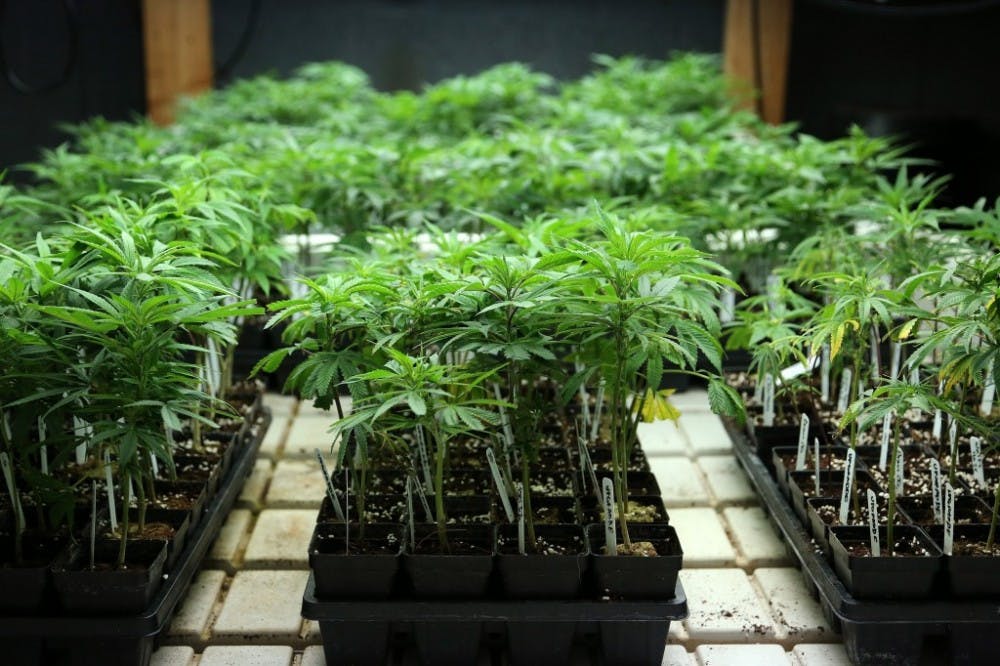 New polling numbers show North Carolinians are changing their minds on the dangers of marijuana, opening the door for new medical marijuana legislation in 2014.

In light of legalization in Colorado and Gov. Cuomo’s plan to legalize medical cannabis in New York, attitudes towards marijuana are changing. Public Policy Polling, a North Carolina-based polling company, released a study earlier this month that found 63 percent of North Carolinians believe doctors should be allowed to prescribe marijuana for medical use. This is percentage is up from 58 percent last year.

The study also found that 53 percent of North Carolinians believe alcohol is more dangerous than marijuana, and 42 percent believe marijuana should be legalized.

“When you look at the national trends, the number of people supporting legalization is growing.  It’s now up to 55 percent nationally.  I just don’t see anything happening that could decrease those numbers,” said Jon Kennedy, secretary at N.C. NORML, the National Organization for the Reform of Marijuana Laws.

The National Cancer Institute recognizes marijuana’s antitumor properties, citing five recent studies involving different types of cancer in mice and rats, but no clinical trials have been conducted. Marijuana has a bad reputation as a gateway drug, but research by the Drug Policy Alliance found this perception to be false.

In a documentary last year, Sanjay Gupta, medical correspondent for CNN, said, “It is irresponsible not to provide the best care we can as a medical community, care that could involve marijuana.”

The FDA approved the active ingredient in cannabis, THC, for medical use.  However, marijuana is classified as a schedule 1 controlled substance, meaning it is addictive and does not possess any medicinal qualities.  Given recent research to the contrary, this classification may need to be revisited.

Even President Obama has spoken out on the issue, saying he does not believe marijuana is more dangerous than alcohol.

“My family friend [who holds a medical license in California] believes that medical marijuana is a healthier alternative to traditional and more addictive painkillers like OxyContin and Vicodin following surgeries. It’s an added bonus that it helps with nausea instead of taking multiple drugs, which often have damaging side effects,” said Elon University freshman Dylan Rock.

In a statement last December, U.S. Rep. Walter Jones, a republican from N.C., said, “I encourage our state elected officials to give this issue the attention it deserves by consulting with medical professionals to determine the efficacy of the safe use of CBD (cannabidiol, a cannabinoid used in medical marijuana) in liquid form for young patients that have no other medical options.”

Kennedy believes education is the key to passing medical marijuana legislation in 2014.  N.C. NORML is planning to launch an educational campaign using billboards, social media and legislative packets to show that marijuana has medicinal qualities, is not addictive and is safer than alcohol.

“I like to think people are reasonable, and I believe that as more facts come out about marijuana that show it isn’t toxic, it isn’t dangerous and, in fact, it is medicine, the conservatives will have to see that they’re on the wrong side of history.  The statistics are overwhelmingly in our favor,” Kennedy said.

Last year, N.C. NORML and Rep. Alexander teamed up to write House Bill 84, a bill to set up, tax and regulate medical cannabis dispensaries within the state.

Groups like the N.C. NORML, N.C. Medical Cannabis and N.C. Cannabis Patients Network mobilized their resources to support the bill.

Kennedy said Rep. Alexader “told [the bill’s supporters] that the best way to earn the General Assembly’s support for the bill was to show public interest.  We held legislative days, we got people to call their representatives and write letters.”

Rep. Paul Stam, chairman of the House Rules Committee said he and other legislators felt “harassed” by the number of phone calls and emails in regards to HB 84.  Rep. Stam ruled the bill unfavorable in large part to stop the public response.

Rep. Stam told WRAL, “we did it to be done with it, so people could move on for the session.”

“Tabling legislation because of public support? That’s the opposite of how democracy should work,” said Kennedy.

The 2014 proposal is sure to face an uphill battle, but supporters of medical marijuana are confident legalization is inevitable. If N.C. were to legalize, it would join 21 other states with medical marijuana laws.

“Eventually all states will legalize, but it’s obviously difficult to say when,” Rock said.