The Last Word: Not-so-easy A 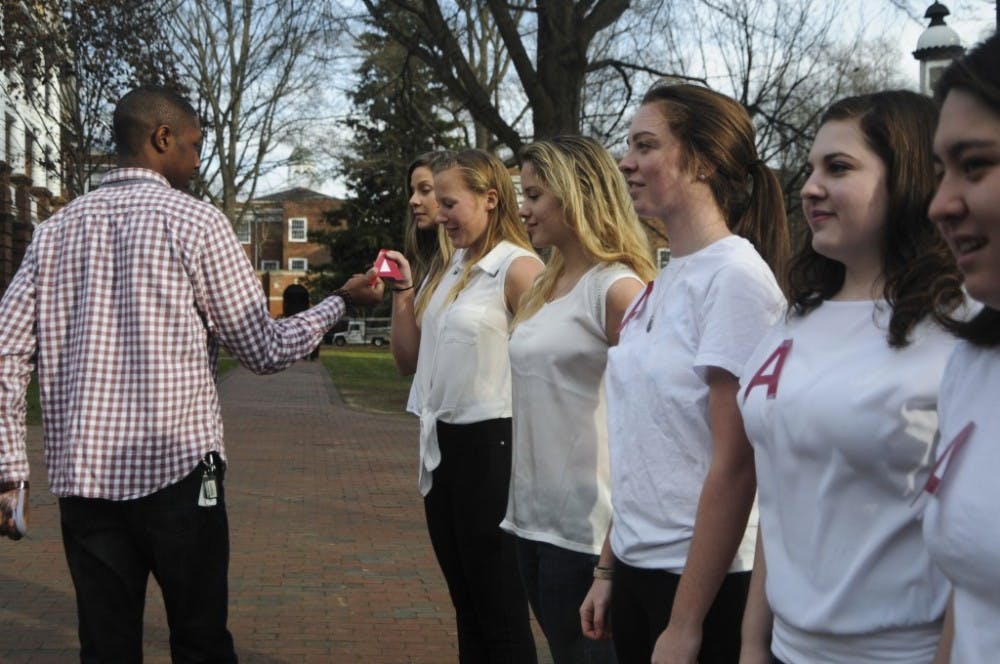 This past fall, 45 percent of grades handed out were A's. Photo by Caroline Olney.

I’ve never been one to look too much into my grades. As a communications student, I’m more worried about my standings in organizations and landing good internships than studying for a test on the influence of guilds in the 19th century. Yet when I discovered that more than 35 percent of the Elon University student body made the Dean’s and President’s Lists last semester, I wondered for the first time if my grades were mediocre.

My grades have never been horrible, but I would not be consider a regular on the Dean’s List by any stretch of the imagination. I have routinely struggled to find the right balance between my standing in organizations, classes and my social life. But should I be ashamed of that?

Over the holiday weekend there were two questions my extended family members would not stop asking me. The first: “So which one of those girls I see photos of you with is your girlfriend?” None of them, I’m in a happy relationship with The Pendulum, thank you very much.

That question was always followed by “how are your classes going?” Never mind that my being in a relationship takes precedence over my academic performance. Since I am apparently failing at obtaining my degree in husbandry, my not-too distant cousins seemed like they would save me some face by asking me about classwork. They were wrong.

As a journalism major, grades aren’t a major determinant in my future.Yet, as many times as I tell my mom this, it still leaves her distressed, since journalism is not the most stable career in the world. Will she be even more worried about my career prospects after reading I’m in the two-thirds of students not on the Dean’s List? Probably.

Knowing that I do my work to the best of my ability is usually good enough for me,  at least until the end of the semester rolls around.  Thus begins the wonderful time of the year when students upload photos of their Dean’s List certificate to Facebook for the whole world to see. If those academic achievers want to inadvertently shame two-thirds of the student body, then bravo, they succeeded.

Chin up, Elon students who don’t make the Dean’s or President’s Lists, there’s still a place for you in the world. You know what they call students who graduate medical school, no matter their grades? Doctors.

The point is, no matter your grades, you shouldn’t let some bi-annual list determine whether your four years spent at Elon were a success or failure. We all walk together, even if some of us don’t have gold cords over our maroon robes.  So keep plugging away at your oragnizations and volunteer work, because someone will likely recognize your hard work.

In my two and a half years at Elon I have grown more than in my previous 19 years and made the most out of the opportunities provided to me.  I won’t let a Facebook photo of your name on a sheet of paper take anything away from that.