The Man Behind "The Children's Hour" Musical Score 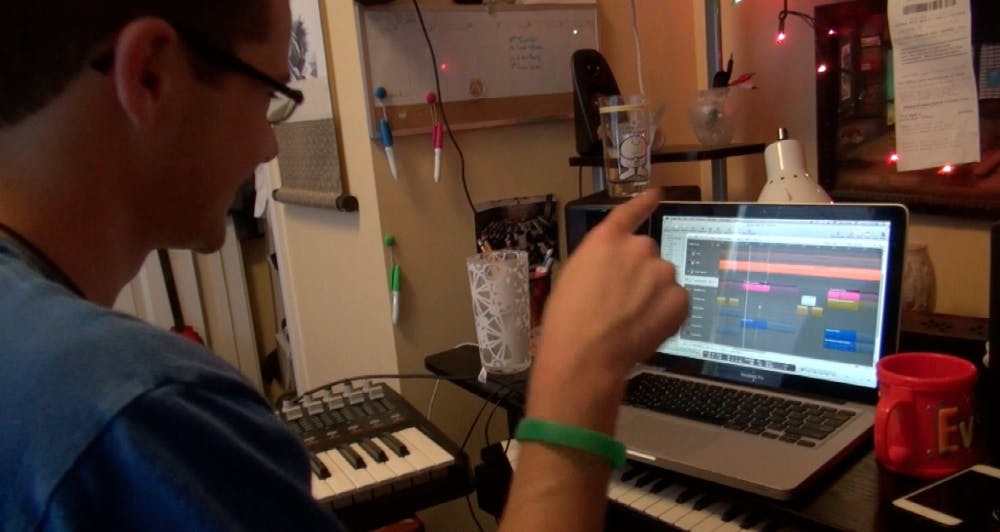 If you attended Elon's fall play "The Children's Hour" you may have noticed a buzzing sound at one point. One viewer described it as a loud ringing. Well, you didn't lose your hearing and it wasn't your neighbors cell-phone going off. That obnoxious noise was in there on purpose and it was meant to make you feel uncomfortable.

" I just wanted the audience to feel really awkward," junior Herbie Lutvak said. "There were people like looking around and covering their ears and going like, 'oh'. It was awesome. I felt really good about that."

Lutvak was responsible for putting together all the sound for the show including sound effects and music. When you hear a gunshot or a doorbell in the play, that was Lutvak's work.

"It was really cool to see the audience react exactly how I wanted them to," he said.

But Lutvak's story doesn't end there. He has also scored a PBS documentary in Florida called "Shattered Silence". The documentary was nominated for a regional Emmy.

The impressive part? Lutvak didn't start writing and composing his own music until just last year. He has switched majors four times since coming to Elon, but his life changed last year when he went to the Dean of Arts and Science to get permission to join the music program.

"I told her that if you say no to me, I'll just be back here tomorrow. But if you say yes, you'll never hear from me again." Lutvak says she hasn't heard from him since.

There is still time to hear Lutvak's musical score. Two more performances of "The Children's Hour" will be held at 7:30 on Tuesday, Oct. 7 and Wednesday, Oct. 8.