Obamacare and students: what you should know 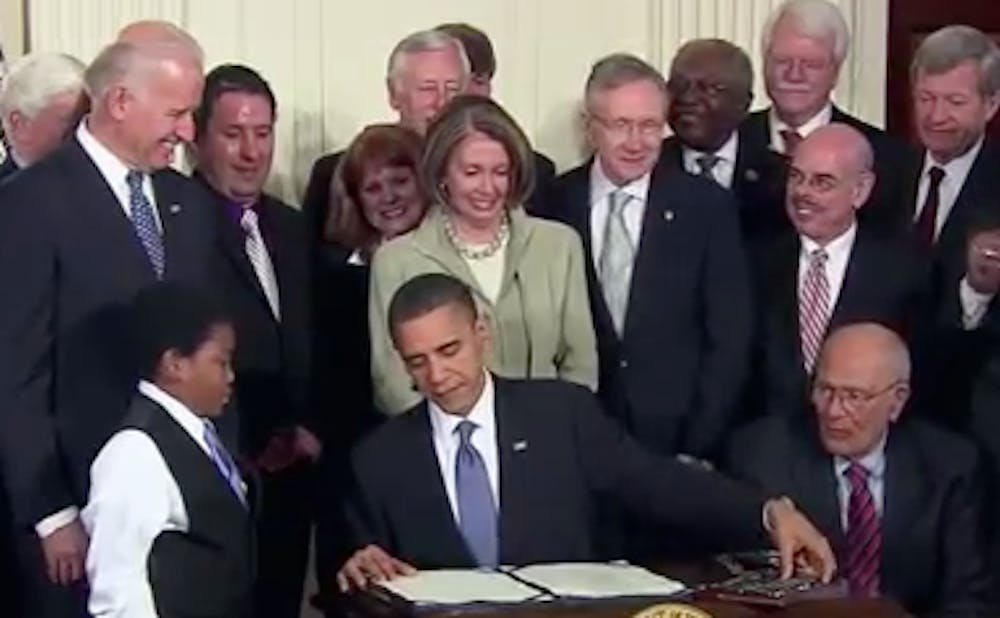 On Tuesday, one of the biggest bills of this generation, the Patient Protection and Affordable Care Act (ACA) will take effect.

The bill, also called Obamacare, is meant to be the Obama administration's answer to the issue of healthcare accessibility.

On Oct. 1, the doors of the Healthcare Exchanges will open up in all 50 states. Americans will be able to search online or talk in person to see what kind of plan they qualify for, and can switch or buy one at these locations.

The video above lists the different changes that people can expect starting tomorrow.

But for most college students, the changes to health care laws will be hard to see.

Elon University requires students to have health insurance prior to attending. That means that for most students here, very little will change. But for students, the greatest change will be that they can stay on their parents insurance plans until they are 26.

"The overall impact is it probably will make it easier for your generation to get health care," Professor Jason Husser said.

Husser said that lots of hype and numbers have been thrown out but that it will be hard to actually measure the effects of Obamacare until much later. But he isn't writing it off yet.

"I'm skeptically optimistic, if that's the best way to phrase it," Husser said. "That it's not going to lead to drastic overall negative impacts right away - if it is really terrible, and the impacts are really bad, you'll see that voters respond to that."