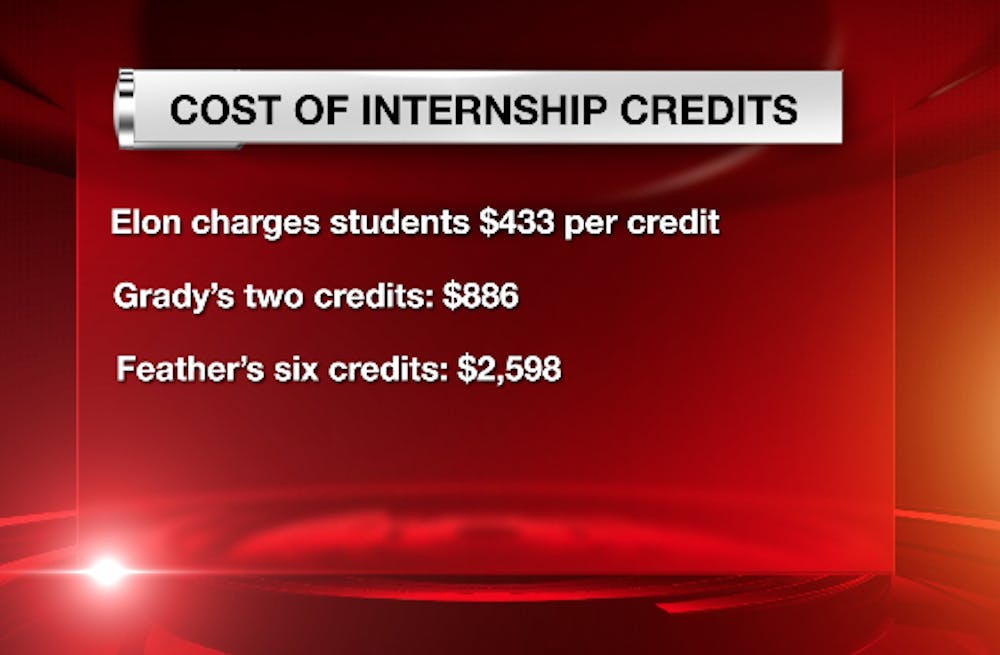 For many academic programs on Elon's campus, having at least one internship is a curriculum requirement. With interns filing lawsuits and raising campaigns about their wages, unpaid interns are receiving national attention.

"I definitely do have mixed feelings about it," Elon junior Matt Feather said of his internship.

Feather is a sport and event management major and worked more than 600 hours for minor league baseball team Bowie Bay Sox this summer, but he was not paid.

"I did get the great experience from it and learn a lot," he said. "But at the same time I wish I had gotten compensated a little bit, because I did do a lot of work."

Feather is not alone. Senior strategic communications major Jacob Grady also had an unpaid internship and says he did just as much work as many of the paid employees.

"I'm doing the same kind of work that my boss is doing," Grady said. "Whenever he's too busy or can't be in, he's given me his jobs for the day. So he's getting paid for it, but I haven't been."

Completing these internships for credit also comes with a cost. Elon charges students $433 per credit. Grady paid $866 for his two-credit internship. Feather worked enough to get six internship credits, totaling a $2,598 charge to his tuition bill.

Unpaid internships may not pay the bills, but Director of Experiential Education Pam Brumbaugh says that does not always stop Elon students from taking them.

"Whether they're paid or unpaid, we see the payoff of students doing internships," Brumbaugh said. "We see that our students are much more professional. We know that recruiters nowadays really prefer to hire people who have had internships. It's the gold standard."

Internships can be experience, but Brumbaugh says the networking opportunities students receive make paying for the internship credits, worth it.

"Let's rename it," she said. "Let's call it, instead of unpaid, let's call it 'pay it forward'. That idea is that the pay-off is so great from doing an internship."

Feather and Grady both say their experiences were worth the money, but they agree they will not be doing unpaid internships again.