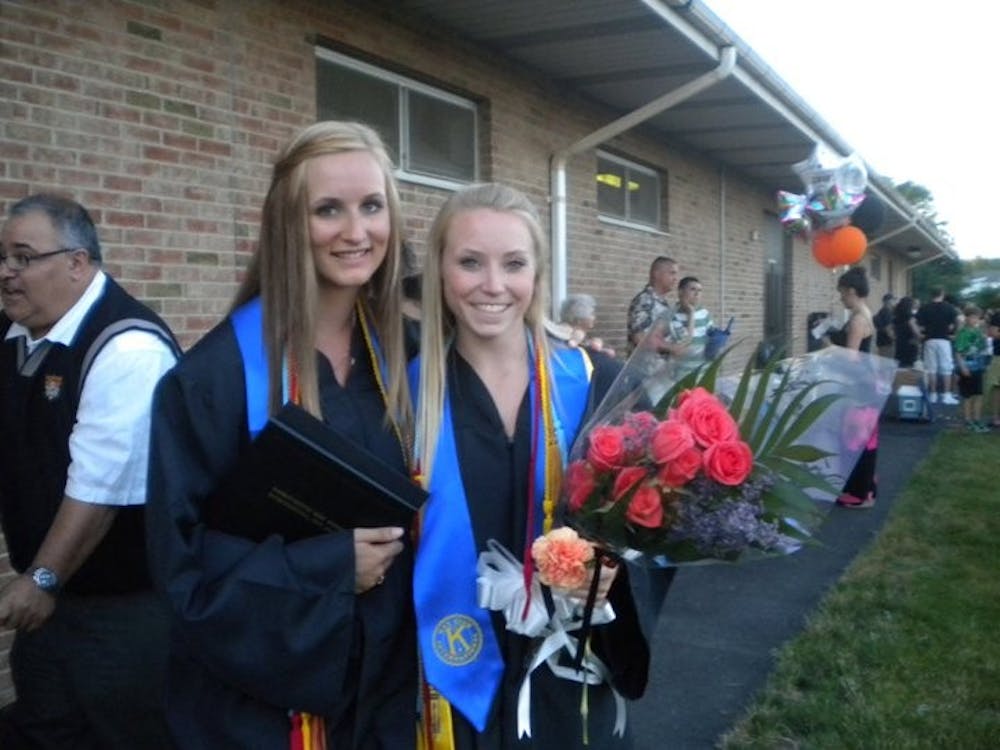 You may remember her as a freshman student in Fall 2010. She would be graduating with this year's Class of 2014, but Michelle Pfleger experienced only about a month of her freshman year before she died on Sept. 24, 2010. Today on the third anniversary of her death, her friends are still keeping her memory alive.

"She was very outgoing, and not shy at all," senior Kelly Armstrong said.

Armstrong grew up with Michelle Pfleger. She said whether you knew Pfleger for one month or 13 years, she would still have an impact on your life.

"I have a new outlook on life, it's more positive," Armstrong says.

Pfleger was a freshman at Elon when she died unexpectedly due to a blood clot in her lung. She collapsed outside of McMichael and was taken to the hospital where she later died. Three years later, Armstrong said she still remembers every detail of what happened when she found out about her friend's death.

"I kind of just looked at them, and was like, what?" she said. "I think I even smiled because I thought they were joking. I didn't think it was true."

Armstrong says the initial shock has faded over time, but that does not mean Pfleger's memory will fade. Her friends still keep a tree outside of McMichael decorated in her memory. Armstrong says it is a way for her to still connect with Pfleger. While today marks the third anniversary of Pfleger's death, it is also Armstrong's birthday.

But Armstrong said Pfleger's death gives her a greater appreciation for her family and friends.

"You get people who say, uh, this is the worst day of my life, but I always think, is it?" she says. "Because there's lots of worse things that could be going on. It makes you really appreciate things more."

Pfleger's friends will gather at the tree in front of McMichael building today, to bring flowers and share stories.