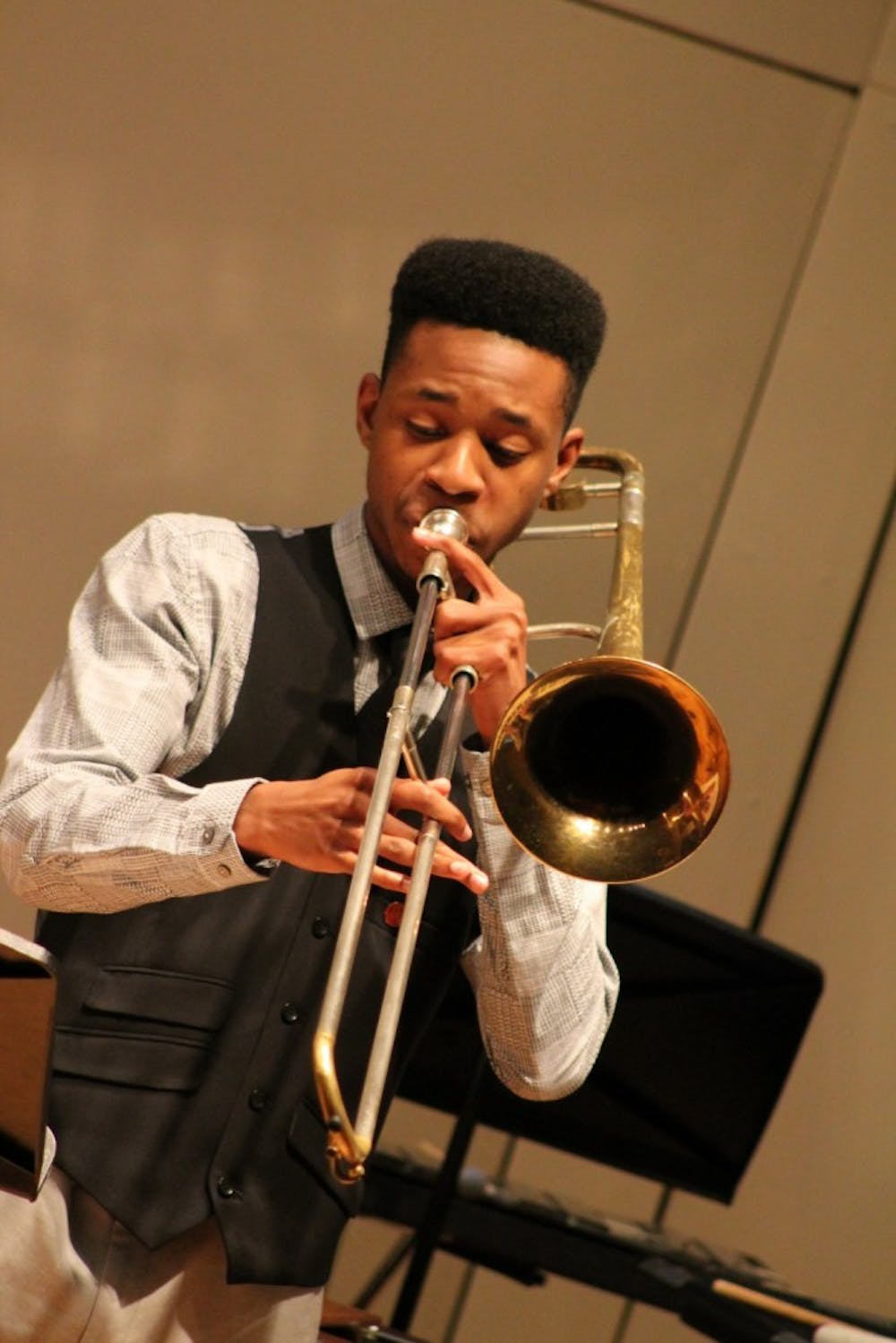 The Elon Music Ambassadors, an ensemble that travels to high schools to show students what collegiate musical performance is like, showcased its newest performances May 6 in Yeager Hall at Elon University. This semester’s theme, Soul of the Cinema, focused on songs and melodies made famous by timeless films. Virginia Novine-Whittaker, the ensemble’s director and an Elon professor, was especially excited about this theme.

“This is a celebration of the music of film,” Novine-Whittaker said. “We’re highlighting the vital role of music through time. We try to choose themes that are going to provide a variety of music and work with the instrumentation of the ensemble. We wanted a theme to be interesting and educational but also something that provides a good performance. This (theme, Soul of the Cinema,) seemed like a very natural fit for that.”

The hour-long performance included music from many decades and covered the musical masterpieces of some of Hollywood’s most renowned films. For example, senior David Kerman sang “As Time Goes By” from “Casablanca,” and the group performance performed pieces from “Lord of the Rings” and “Pirates of the Caribbean.”

The medleys were more complex. The group honored John Williams, the renowned composer who has scored for movies such as “Harry Potter,” “Star Wars” and “Indiana Jones.” For songs like this, the group arranged the music into unique constructions, something with which they were not very familiar. Junior Marshall Rogalski, a bass player, said this is one of the things that helped make the Elon Music Ambassadors an extraordinary ensemble.

“In a normal ensemble, they give you the sheet music on the first day, you go home practice it and come back (with it studied),” Rogalski said. “We showed up with a blank slate. We arranged everything we perform. So it’s like a workshop. All of us didn’t have much experience arranging. It was a lot of back and forth (among the group).”

But Rogalski noticed one problem during these arrangements: the ensemble lacked the full string section most of the scores included. To make up for that missing element, the group utilized senior Wesley Rose, a pianist, who remembered experimenting with different sounds to make the arrangements flow.

“It is fundamentally impossible to recreate the tremendous timbre variety and depth that almost all modern films find in string orchestras, but we had to find a way around that,” Rose said. “We listened to how (different effects) sounded in context with the entire ensemble and then made a final decision. The tough part then is frantically switching between different synthesized sounds in the middle of a performance while also having to count and play the music with the rest of the ensemble.”

The hard work and ingenuity paid off. The set hit a number of high notes, playing familiar music from the “James Bond” movies, “Psycho” and Disney animated movies. Though Yeager Hall’s audience was not the audience the show was intended for, the ensemble still utilized the time to educate the listeners on the progression of music.

Now, the Elon Music Ambassadors are preparing for their next show. Novine-Whittaker and her students will travel to the Washington D.C area to perform for schools. While there are preparations and plans that still need to be made, freshman Brandon Mitchell says he and his fellow members are thrilled for the opportunity to travel and perform.

“I am most excited to get a chance to receive the experience that I will get from traveling on the road and playing multiple gigs a day,” Mitchell said. “It will introduce to the life of a real-world performer. No matter where we perform the ‘Soul of the Cinema’, I think that it will touch audiences everywhere by being able to hear the scores from some of their favorite movies.”