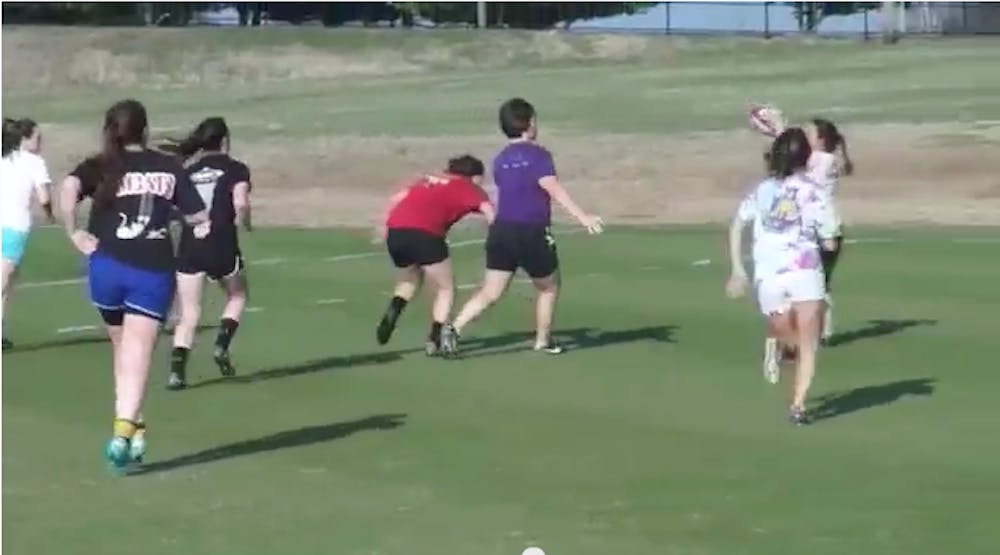 Elon University offers more than 20 club sports, ranging from the equestrian team to ultimate Frisbee. But one sport Elon students might not know much about is women's rugby.

"It's like regular sports where you have a defense and you have forwards but basically what makes it different is the tackling and also you pass backwards to progress the ball," junior Ashlene Patten said.

Patten, who has played rugby for two years, says the most effective way to tackle an opposing player is to wrap your arms below their knees and squeeze.

Tackling might be what sets rugby apart from some of the other sports Elon offers, but it isn't all about tackling. Players also have to be able to pass the ball the right way: backward. Forward passing is not allowed in the sport.

But passing isn't the only way to progress the ball. Players also have the option of kicking.

Unlike in football, there isn't another player holding the ball when it is kicked down the field. A player just holds the ball sideways, drops it and kicks it.

Although the sport is physically exhausting, Patten says its worth the pain.

"You really get to know people just because it's such a contact sport and it's like very aggressive, but at the same time when you know how to play its not as bad as you would think it would be," Patten said.