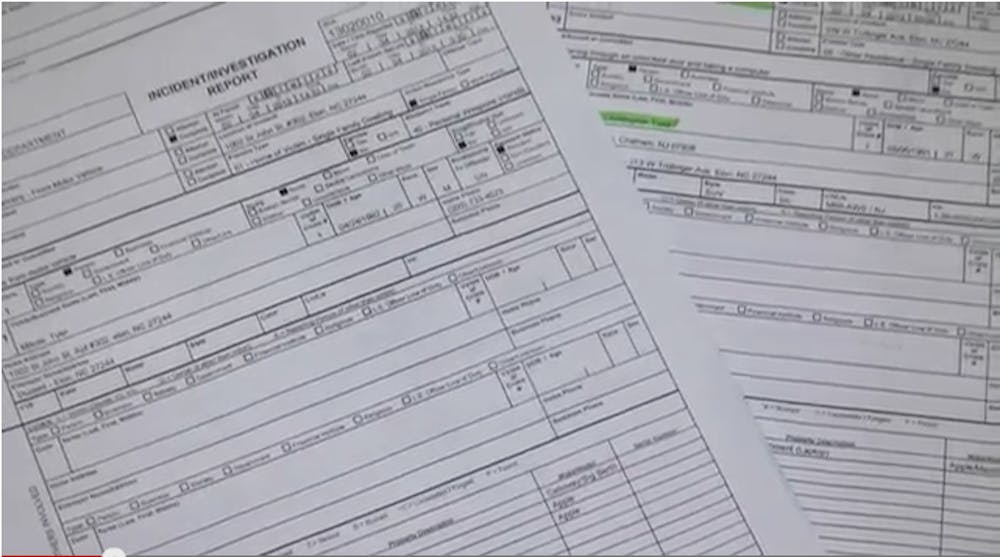 In the last two weeks, eight separate cases of theft have occurred near Elon's campus, and seven of the cases involved Elon students.

In each incident, students had items taken directly out of their parked cars. This list shows the items taking and their estimated prices. The total estimated cost of missing items is more than three thousand dollars.

The only connection between these cases was that in each case, the student's car door was unlocked. Whoever has been stealing from these vehicles has not had to break into a single car to get anything.

Elon Town Police Officer Ed Peters says that the best way to protect yourselves is to always double-check your car door locks and to make sure you don't leave any valuables lying out.

Another way of protecting yourself is to write, or take photos of the serial numbers on your devices. If something stolen is recovered, Police will be able to return it to the rightful owner if they have the serial number.

It's also important to report any suspicious behavior to the police and to call them as soon as you think you may have been a victim.