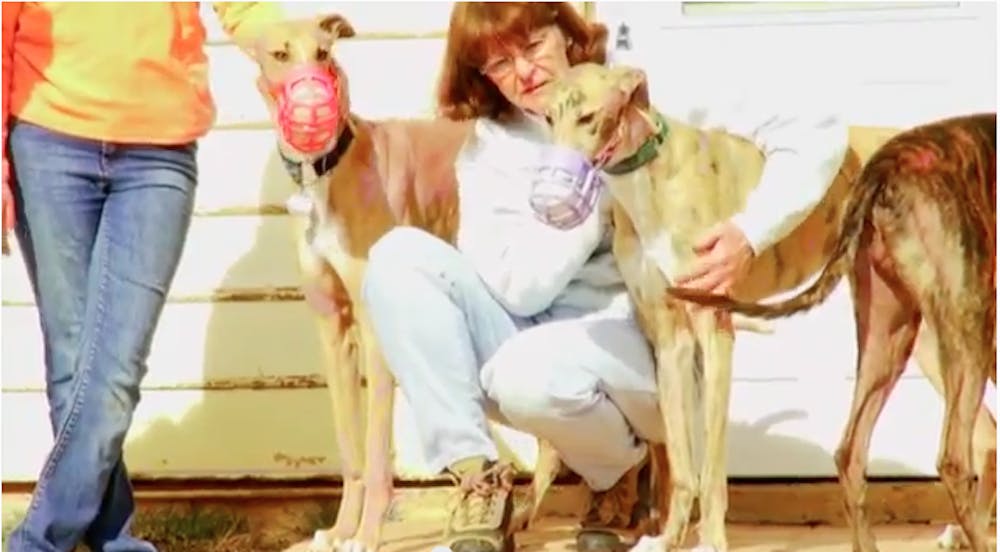 Families across America are adopting dogs, but the one species that is often overlooked is the greyhound. Many people associate greyhounds with the race track; but they are actually very gentle animals and fit perfectly in the home.

The average age a greyhound retires is between two and four years; leaving the majority of their life spent away from the sport. Ten years ago it would have been common for the greyhound to be euthanized, but the recent growth of rescue kennels like Greyhound Friends of North Carolina have allowed greyhounds to transition from the track into the home.

"We're definitely a no kill shelter," says Lambert. "If it takes a day or it takes a year, everybody gets a home."

Nancy Waldyka is a greyhound owner and frequently volunteers at the kennel.

"They're easy to fall in love with," claims Waldyka. "They're very sweet dogs and they come to you right away."

Although greyhounds can reach speeds of up to forty miles per hour, they're considered very calm compared to most pets.

Aside from the usual care that comes with owning a dog, Lambert says greyhounds are very low maintenance.

"They just want to be with you and petted and loved."