How to look for signs of relationship violence 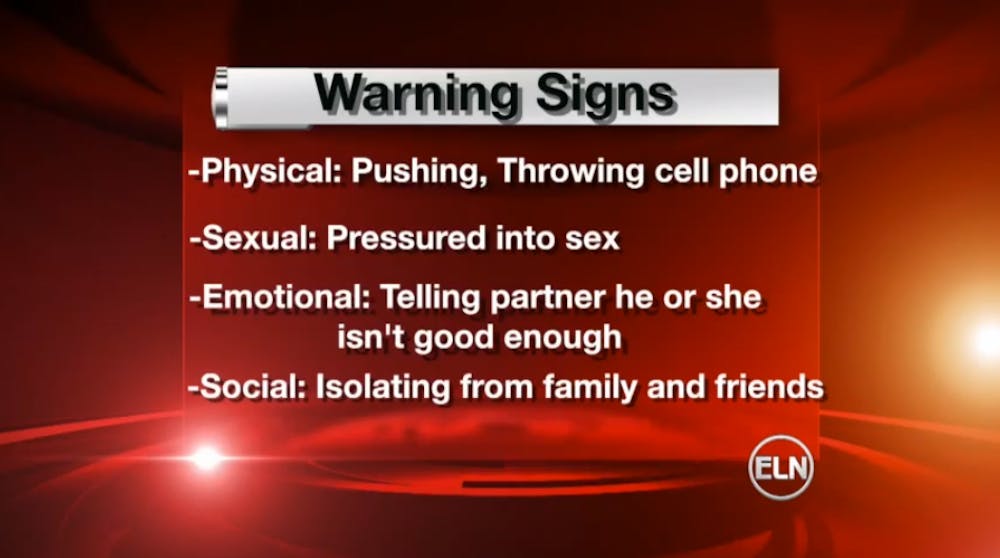 "It started off fine and it was a good relationship and then I think he just became kind of possessive," said Pacewicz.

At just 16 years old, Pacewicz found herself in a verbally abusive relationship.

"He just kind of took everything out on me," said Pacewicz. "If something happened in his life, it was my fault."

Becca Bishopric is the coordinator for violence prevention and response at Elon. She believes it is important for students to know that abuse is not always physical.

"Abuse or violence can happen in such a wide range of ways," said Bishopric. "It can be physical, it can be sexual, it can be verbal, it can be emotional or social."

A recent survey done by loveisnotabuse.com found that 43 percent of college-age women in a relationship have experienced violent and abusive behavior. According to Bishopric, relationship violence follows a cycle. The couple starts in a honeymoon phase and gradually tension starts to grow. Eventually, one person lashes out in a violent explosion. That person apologizes to their significant other but still blames them for provoking their behavior.

When treating someone involved in a dangerous relationship, Bishopric says it's important to remember one thing,

"To just support them unconditionally is one of the best things that you can do."

For Pacewicz, the relationship ended after she came to Elon and her Facebook and e-mail account were hacked into. She immediately sought action from campus security.

"It first stems with you having confidence in yourself and knowing that you deserve something better," said Pacewicz.

If you or someone you know need immediate counseling, but don't want to go through campus security, you can call the Discrimination & Harassment Hotline at (336)278-3333.