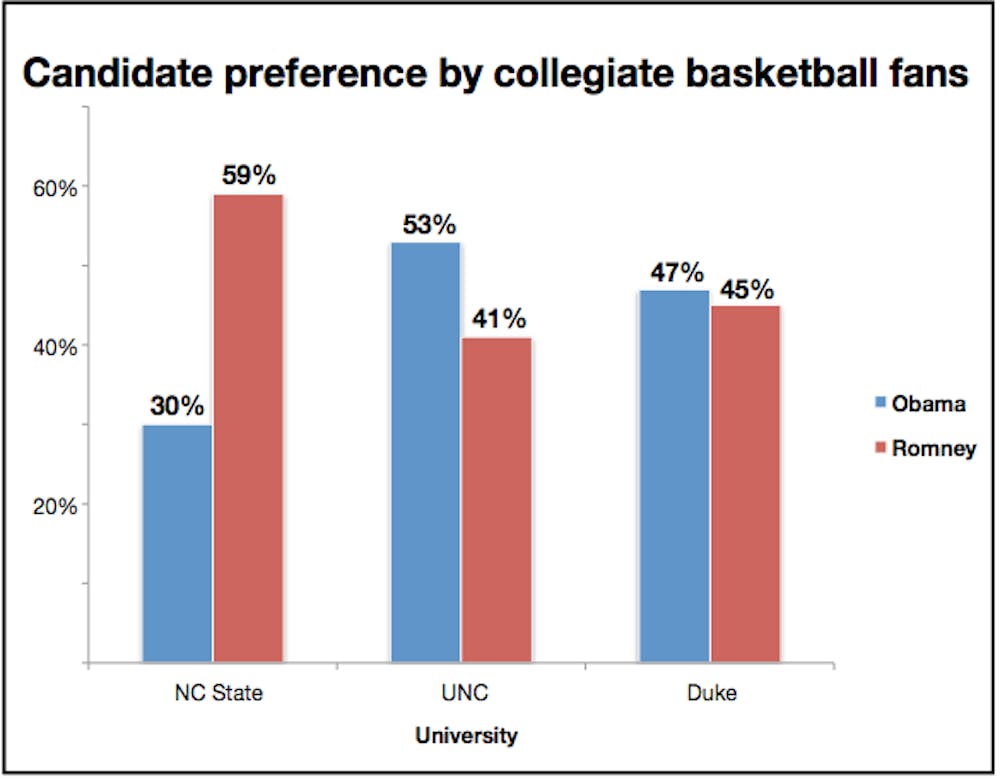 Elon University was not included in the results because the number of respondents who identified as Phoenix fans produces too small of a sample size to yield conclusive results, according to Kenneth Fernandez, director of the Elon University Poll. Nevertheless, from observation of the Elon community, Fernandez and students have largely determined the campus is divided on the political spectrum.

“A private school attracts people from higher socioeconomic background,” Fernandez said. “They’re concerned about the size of government, they’re looking for jobs very soon and concerned about the economy. Mitt Romney has been seen as a better candidate to handle that issue.”

But Obama typically attracts votes from the younger demographic, leading Fernandez to predict the Elon community to be evenly split between the contenders, he said.

But debates regarding Chick-fil-A’s presence on campus demonstrated students with both liberal and conservative beliefs occupy campus, she said.

Furthermore, discussions in class and among friends have indicated a division in support for the presidential candidates. Junior Nick Schneider said he observed a discrepancy between the political views of his friends and those expressed in class, indicating a variety of views present at Elon.

“Half of my friend group will always talk about Romney’s points and his support, and I will go to class, and most of my classmates are Obama supporters,” Schneider said.

He attributed the diversity of opinions to Elon’s classification as a private school.

While freshman Elizabeth Cozine acknowledged that political ideologies are not strictly divided geographically, the representation of both northern and southern states on campus contributes to the development of the bipartisan atmosphere, she said.

Fernandez applied a similar rationale to the political division within Duke’s fan base. The university’s fan base extends beyond the North Carolina population, generating support from individuals across the country, he said.

“There are so many people who like Duke because it’s been so successful, so it spans partisanship,” Fernandez said.