Does your vote really count? 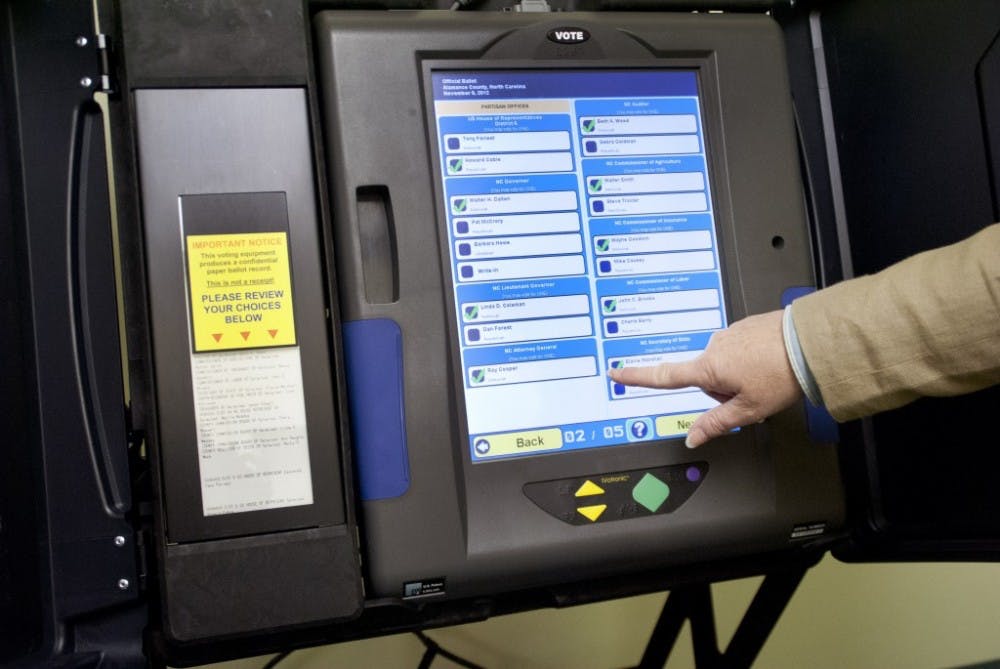 Contrary to popular belief, citizens of the United States do not directly elect people to the highest office in the land. Presidents are actually elected by the states and the District of Columbia, not by earning the majority of the national tally of votes.

Presidential elections occur on the first Tues- day after the first Monday in November every four years. On Election Day, voters throughout the nation go to the polls to choose the names of their preferred candidates for president and vice president. Voters who favor the Republican (or Democratic) candidate for president actually vote for the Republican (or Democratic) electors in their state. This system of voting is called the popular vote.

So when Americans cast their vote for a presi- dential candidate on Election Day, they are really voting for an “elector” — an elected representative who has previously pledged to endorse the same candidate. The collective group is more commonly referred to as the Electoral College.

There are 538 official Electoral College votes in every election, one for each of 435 members of the House of Representatives and the 100 mem- bers of the Senate. The District of Columbia, which has no designated congressional represen- tation, has the minimum required three votes.

Because of population size and density in some states, a candidate’s likelihood of winning the presidency is often determined by winning or losing the electoral votes of several key states, also known as battleground states. The state with the most Electoral College votes is California, with 55 votes, followed by Texas with 34 and New York with 31. Other historically significant electoral

To win the presidency, the candidate must re- ceive a majority of the electoral votes in the Unit- ed States. That is one-half of the total number of votes plus one, meaning a minimum of 270 elec- toral votes are required to win. In most elections, the candidate who secures the popular vote in a given state also wins the Electoral College votes assigned to that state. In 1984, Ronald Reagan received the most Electoral College votes in elec- toral history, with 525 votes.

But there is a common misconception among many American voters regarding the impact and power of a candidate winning the popular vote. Critics of the current Electoral College system ar- gue the popular vote should be what determines the outcome of the election, not the candidates’ ability to win electorally advantageous states. Fifteen candidates (including three incumbents) have become president of the United States, de- spite receiving less than 50 percent of the popular vote in all U.S. states.

In 1960, Democratic candidate John F. Ken- nedy only beat his opponent Richard Nixon by approximately 120,000 popular votes, but won the Electoral College 303-219, claiming the much sought after state of New York, along with 22 other states.

In the event of an electoral tie, or lack of a ma- jority, the decision is given to the U.S. House of Representatives. The degree to which Congress takes into account the results of the popular vote

is debatable and unclear, but it is possible for the socially popular candidate to not be selected. In 1824, Andrew Jackson won a plurality of both the popular vote and the Electoral College votes, but lost the election, because the house selected John Quincy Adams instead.

Similarly, if no candidate is able to garner an absolute majority of votes for vice president, then the U.S. Senate is charged with making the se- lection, choosing from the top two contenders for that office.

This means, theoretically, a president and a vice-president could be picked from different par- ties. In this year’s election, that would mean there could be a Barack Obama/Paul Ryan or a Mitt Romney/Joe Biden presidency and vice-presiden- cy.

In most presidential elections, the winner is determined by the following morning. But elec- tion results are not technically official until weeks following Election Day.

On the third Monday in December, the win- ning electors meet in their state capitals to vote for their choices of president and vice president. They then send the sealed results to Washington, D.C. On Jan. 6, the results are announced and tabulated in the presence of the entire Congressional body, officially solidifying the president-elect’s public nomination.