Students receive backlash from their comments 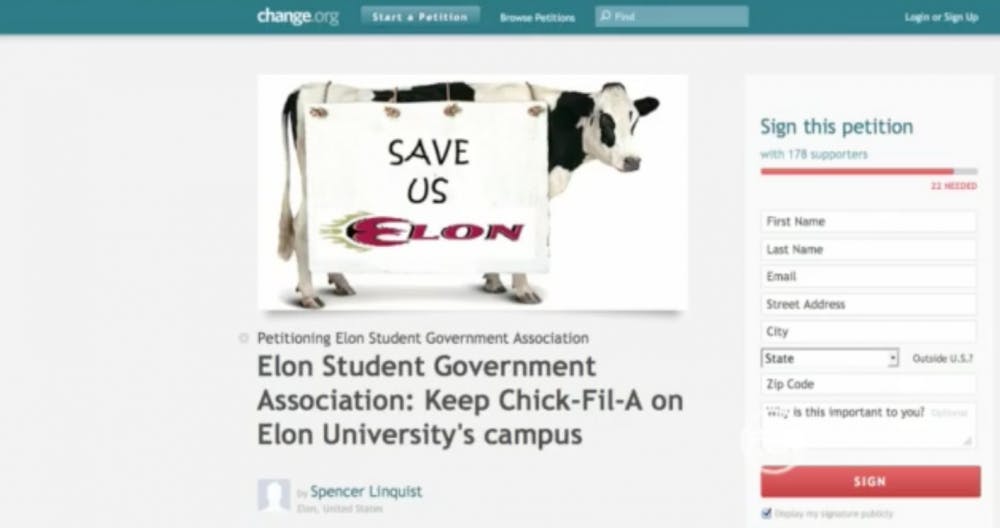 The legislation to ban Chik-fil-a has sparked conversations all around Elon's campus, and the author of the legislation, senior Lauren Clapp, said she had no idea it would get so much attention.

"It has become a horrible symbol that I hope does not stay much longer," Clapp said.

But Clapp isn't the only one hearing negative feedback from students. Senior Niko Fraser said that he has received backlash for his view on keeping Chik-Fil-A on campus. He said those who disagree with him have asked some tough questions.

"[Questions like] If Chik-fil-a supported the KKK, would we still allow them to be on campus? I think that's a little bit of a ridiculous comparison," Fraser said.

"We've received some comments like 'Y'all should go back in the closet' and other things like that," he said.

But students like sophomore Spencer Linquist say it's not about the chicken. He wants Chick-fil-A to stay on campus and he said that removing the restaurant would take away his freedom of speech.

"People tell us how morally wrong and corrupt we were for putting chicken over the rights of people," Linquist said. "That's not what we're about."

In reaction to the Student Government Association's vote, he has created an online petition asking Elon University to not remove Chik-fil-A.

Clapp said that the dialogue about such a sensitive topic has been tough, but she says that that's a good thing.