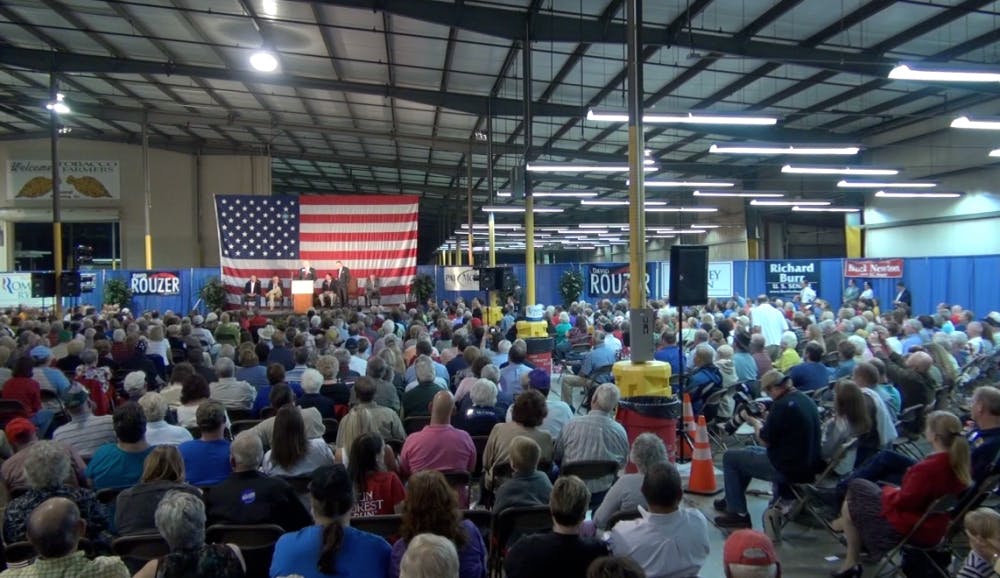 "We're gonna have a Carolina comeback and it starts tonight," McCrory, the former mayor of Charlotte, told the enthusiastic crowd.

McCrory, who took the stage to The Who's "Won't Get Fooled Again," took the opportunity to lambast Gov. Beverly Perdue and his opponent, Lt. Gov. Walter Dalton. He also promised to fight the Affordable Care Act (commonly known as Obamacare), promote pro-business policy.

"My goal is to be your governor, not your boss," McCrory said to the crowd. "But I brought a boss with me. A boss from New Jersey--Chris Christie!"

Christie charismatically endorsed McCrory as well as Gov. Mitt Romney for president. He urged North Carolinians to vote Republican this election, especially since the state went Democrat in 2008.

"I love North Carolina," Christie said. "But if you let me down, I will come back. And I will go Jersey on you."