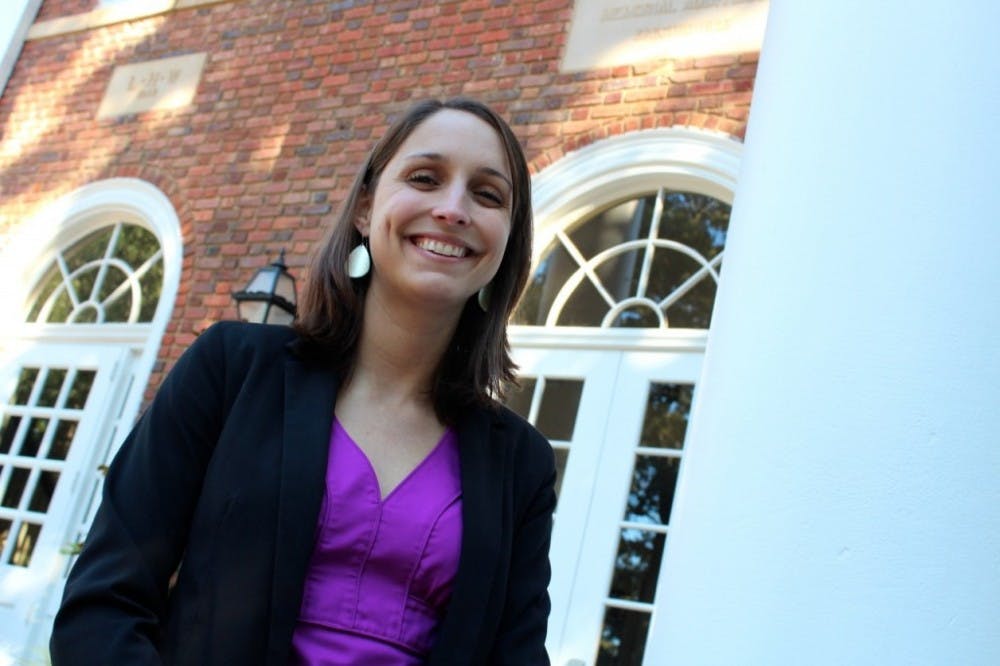 When 2008 alumna Lauren Emery returned to Elon this fall, she noticed a change in the university’s strides towards religious diversity.

“There is a renewed energy at Elon for creating a space where people can celebrate their own traditions, and also learn how to interact with people who have different traditions from their own," said Emery, who now works as the interim assistant chaplain.

Though Emery hopes to help foster an environment that is wholly inclusive and welcoming of students from all religious backgrounds, she said she recognizes this is a goal that will not be met over night.

“Some people still don’t feel that this is a place that is as accommodating of their traditions as much as it is of other traditions,” Emery said. “There has been a great groundwork laid for respect and interfaith dialogues, but there’s still a lot we can do.”

In order to enhance religious diversity and acceptance, Emery will spend the next year working with religious life organizations on campus to better understand the needs of these groups.

She will also work closely with the president’s Interfaith and Community Service Campus Challenge, which encourages a variety of religious organizations to interact while working side-by-side on service projects.

“Our job isn’t done until everyone feels that this is a perfect place where they can be accepted and have their own faith be respected,” Emery said.

A 2010 survey by the Interfaith Youth Core revealed 30 percent of Elon students do not claim any religious affiliation, and Emery does not want this group of students to feel neglected by multi-faith initiatives, she said.

“We don’t want to overlook nearly a third of our student body,” Emery said. “We want them to know this is a space for them as well. We are here to support religion life and those who aren’t religious as well.”

To best understand the needs of the students and their variety of backgrounds, Emery is instituting an open door policy at her office, and hopes students will come to her to voice their concerns and ideas, she said.

Jan Fuller, university chaplain, said she feels Emery’s familiarity with Elon and its students will serve as an advantage during the next year.

“She knows Elon, and she knows the culture, and she knows what kind of students we have,” Fuller said. “The bottom line is that she knows how to get things done around here."

In her time at Elon, Emery has acted as a Truitt Center representative to a variety of committees and taken over the organization of programs such as the interfaith service trip to Morocco, according to Fuller.

“She’s taken over some big chunks of the work,” Fuller said. “She came at exactly the right moment.”

While Emery isn’t hesitant to take the lead on interfaith projects, she is eager to collaborate with students in the future to develop new ideas, she said.

“Elon students know what they care about and are willing to get involved on the front lines,” she said. “I’m most looking forward to working with students, letting them bring ideas to us and collaborating across different departments.”