'Crazy for You' doesn't let technical difficulties steal the spotlight 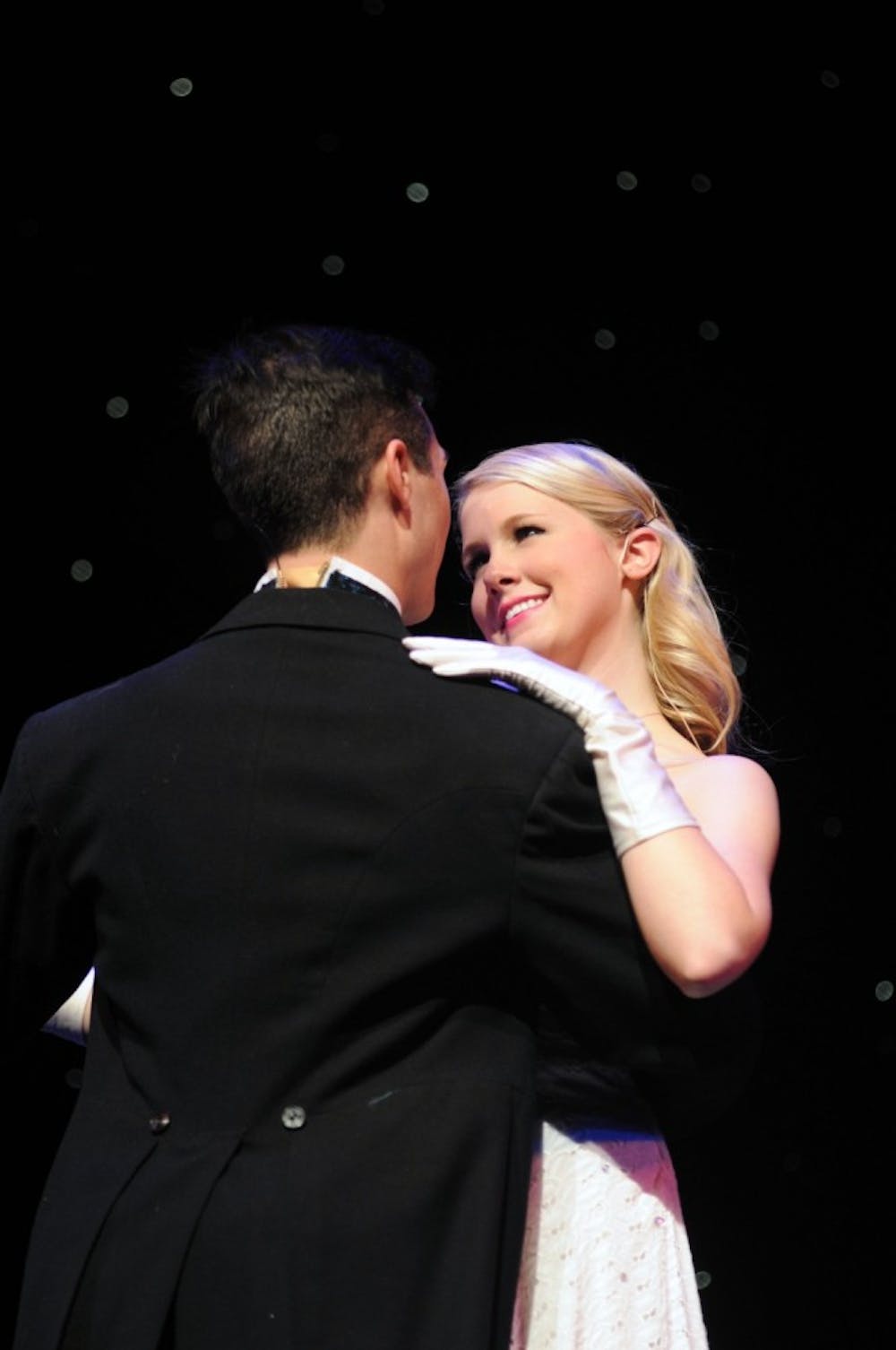 Take a look at some of today's most successful Broadway shows. What do you notice?

If you look closely, you'll find something interesting on the Great White Way. The musicals of the 21st century are quirky. Their storylines are unorthodox. Stages are filled with wicked witches, Mormon missionaries and New York City newsies. Gone are the days of what some may consider the traditional, old-fashioned musicals.

That is, unless you take in a performance of "Crazy for You," running in McCrary Theatre until Nov. 3.

With music and lyrics by George and Ira Gershwin and a book by Ken Ludwig, "Crazy for You" is a classic piece of theater. The play follows Bobby Child (senior Michael Callahan), a young banker whose real life ambition is to become a dancer. But in order to convince his mother that he is capable of accomplishing things in his adult life, he agrees to travel to Deadrock, Nev., where he will foreclose on a rundown theater. Naturally, Bobby is knocked off course by Deadrock beauty Polly Baker (senior Virginia Claire Mason), who wishes she could save the beloved theater before the bank takes it away. Bobby agrees to help Polly put on a hit show, leading them both on an interesting road to opening night.

There are certain built-in expectations for productions put on by Elon University's Department of Performing Arts. In recent years, the department's full-length plays have been masterpieces, full of color and bombast and unparalleled talent.

And while all of those same qualities are present in "Crazy for You," they are admittedly a bit muted throughout the production.

Opening night of the musical fell just short of what the department is capable of, largely due to a number of technical difficulties. Throughout most of Act One, Callahan performed his major musical numbers without the help of a working mic. Later in the show, when Callahan is required to wear a fake beard as part of a disguise, the beard repeatedly fell off. The cast didn't miss a beat, but the effect was certainly lost, and awkwardly at that. Most of the evening's mishaps, while an inevitable part of live theater, marred an otherwise awe-inspiring performance.

[box] Check out additional photos from 'Crazy for You' at Elon.

"Crazy for You" is not a perfect show by any means, and it doesn't shine as bright as some of the Department of Performing Arts' previous productions. But there is something special about it that's hard to forget.

And even if the production's technical difficulties do crop up again and again during the show's run, it's nothing a little tap dancing can't fix.