Students take a spin with the tango 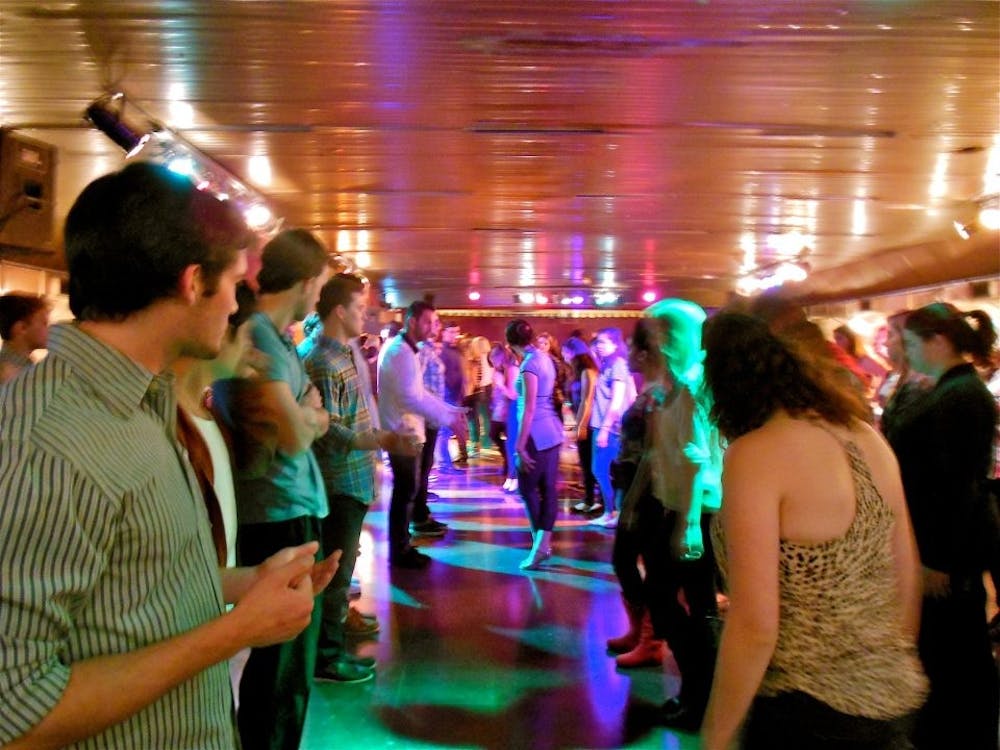 BUENOS AIRES, ARGENTINA – One of the first things students studying abroad in Argentina encounter is the prominence of the sensual and sultry dance: the Argentine tango.

The tango, which is as much of a mixture of cultures as Buenos Aires itself, made its first appearance in the capital city right around the same time as immigrants from all over Europe as well as the gauchos, or cowboys, from the provinces.

Each group brought with it its own developed form of dance. They lived together in conventillas, or apartments similar to tenement houses, and so these styles of dance began to mesh together to form the tango.

At first, the tango was danced in brothels. Men danced together in order to practice their moves before asking a woman to join him. Today, the tango is taught and performed in night clubs called tango milongas.

Allison Yates, Carly Goodkin and Helen Wright, all college students studying in Buenos Aires with the Council of International Educational Exchange, knew learning the tango was a must when they arrived in Argentina.

Yates, a junior at Indiana University, said the main thing she knew about the tango was it was a slower and more “sensual” dance.

Wright, a junior at Elon University, said she has taken a couple salsa lessons in the past.

“How could I come to Argentina and not try dancing the tango?” Wright said.

Their first experience with Argentine tango was at a tango milonga called La Viruta.

“When I first got to the Viruta, I was shocked at the size of it,” said Yates. “It’s an enormous building and there were so many people there. I liked the way they kept the dim lighting, it felt like the perfect atmosphere.

Wright describes her first impression as being a bit overwhelming, but she jumped right in.

“I quickly got involved and once I felt more comfortable with the steps, it was really fun,” she said.

While a lot of people that night ended up dancing with friends from their own program, Yates, Goodkin and Wright said they all stepped out of their comfort zones and were pleasantly surprised.

Wright danced with a few Argentineans. One man explained he had not taken many classes, so Wright said that she was impressed.

“More than anything, I asked other people to dance,” Goodkin said. “I am not socially inhibited, and I would much rather be rejected than waste my time waiting for someone to approach me.”

With that attitude in mind Goodkin found a partner who was just as willing. When the instructors asked for volunteers to demonstrate, Goodkin and her partner were the first to step into the circle.

“I had only danced with my partner for one song, and I had never met him before that,” Goodkin said. “I was pleasantly surprised that he was ready to dive in and dance in front of everyone with me.”

Yates’s experience taught her that the tango, like swing dancing in the United States, is a dance that was popular when current grandparents were teens.  Now it is making its comeback in popularity in Argentina.

“I remember one of the men I danced with who was 85 years old,” said Yates. “He said he has been dancing tango since he was a teenager, and for the past three years, he has come to the Viruta every Thursday, Friday and Saturday night.”

As they were dancing together he told Yates about his life.

“I got emotional when he started to speak about his wife that just passed on,” said Yates. “He said ‘Era la mujer mas bella, era el amor de mi vida’ which means ‘she was the most beautiful woman; she was the love of my life’. It was very touching. He was very patient with me and tried to even teach me some new moves. I asked how his life was, and he said ‘Good. I have an apartment with central heating. I am more than happy.’”

After their first experience in a tango milonga, Yates, Goodkin and Wright could not get enough of the tango.  All three students made goals for the steps that they plan to learn

“ I definitely want to learn some of the fun leg embellishments that women can do,” Goodkin said.