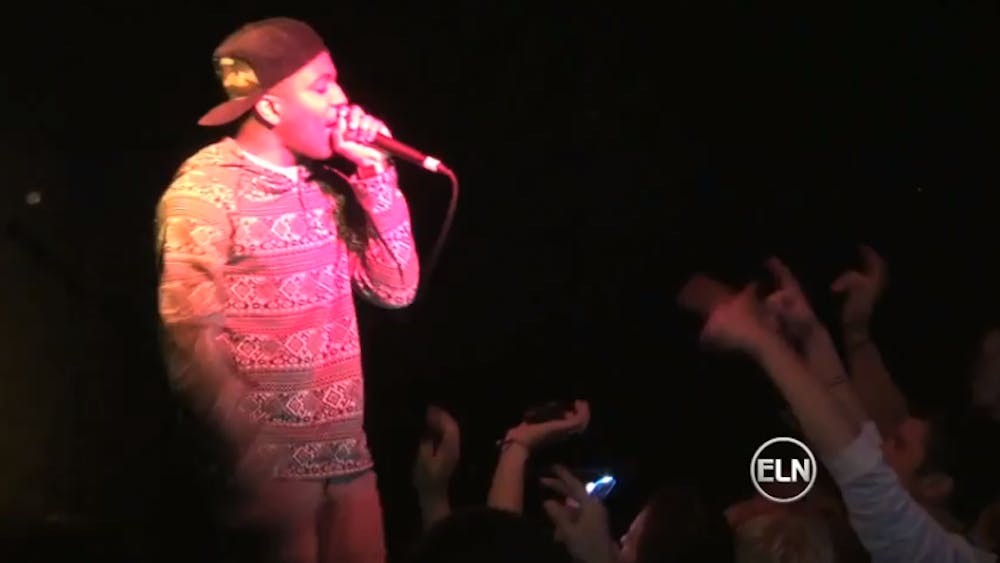 You would think a grammy-award winning artist was at Elon this weekend. But instead, the crowd came out to hear an underground artist. Elon students lined up before the show to watch a performance by the rap group Dean's List.

Group member Sonny Shotz explained the purpose of his lyricism. "I just love music. It brings a message to the people," he said.

Junior Conor Ambrose started planning for the show two months in advance and sold out the pre-sale tickets five days before the show.

"It's cool walking up on stage knowing that all those kids are there because of something you did," Ambrose said.

Senior Tyler Marenyi, who goes by the stagename t-mare, opened up the show along with senior Josh Bonney. He says working with a strong team allowed him to relax and do his part.

"They're there on time with everything set up well. I didn't have to worry about a single thing the whole night. It was like, here's your stuff, here's where you can set up... plug in right here," Marenyi said.

Ambrose says he aims to provide a platform for artists like Marenyi. "You're able to showcase all their hardwork and get them up there and have a good time and see all the smiling kids up front," he said.

The owner of taphouse chris russell gives credit to ambrose's team for orchestrating a successful show.

"It's been a dream working with the promoters and its worked out really well," russell said.

Ambrose says he hopes to go into event promotion as a career route after he graduates.