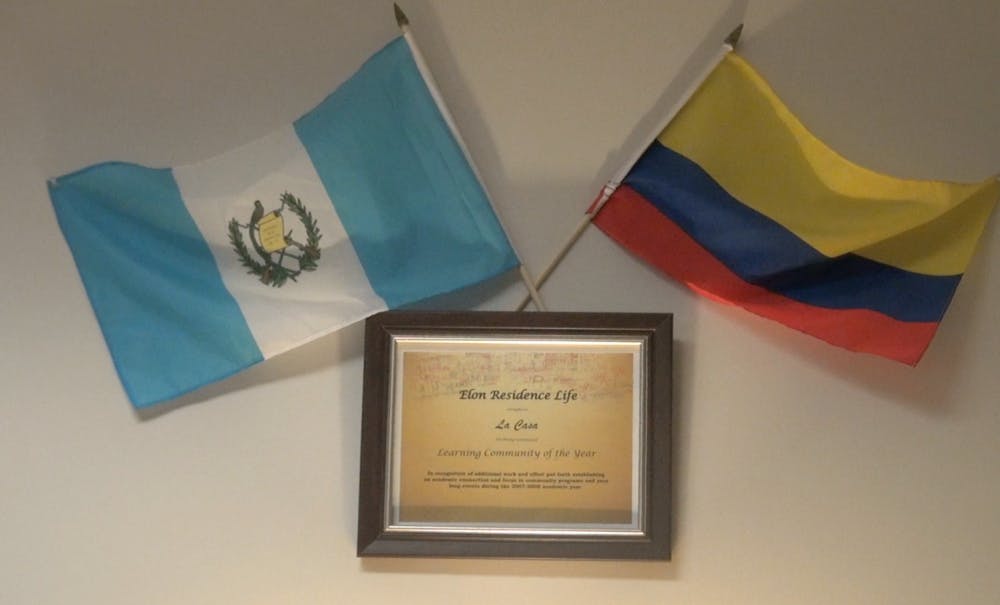 Hispanic students count for four percent of the student population at Elon University. Some were born in the United States and others come from countries like El Savador, Costa Rica and Panama.

For these students, communication is more than just words. It's part of their culture in many different forms of expression. Junior Anajulia Almonte describes the feeling when she hears Latin music.

Junior Anajulia Almonte says "a large part of my culture is defined by music and dancing. That's how we communicate sometimes."

Although they had to adapt to a new environment, Latino students here at Elon are still finding ways to celebrate their culture.

Sophomore Nicole Payne says the unity makes her experience at Elon worthwhile. "No matter if we're from El Savador or Mexican-American, we can still connect through music and food and through that feeling of family and community," she said.

But that community may soon be changing. Sophomore Nicole Payne and a few other Hispanic students want to expand their experience at Elon by starting a Hispanic sorority.

Director of Greek Life Shana Plasters sees the benefits of the cultural organization.

"We're really excited about that. We think it would add a lot to the Greek community," Plasters said.

But not all of the Latina community is interested. Senior Stephanie Alvarez says she would not join the sorority.

"I just feel like if everyone is segmented by their own culture, that means no one is getting together from different races and understanding each other," Alvarez said.

"I think it's something very important for us to do because as a Hispanic community in the United States, we are now a part of the United States. We need to say 'hey we're here' to the rest of the culture," Payne said.

Despite opposition, Plasters believes that students will be able to gain an experience that compliments their culture.

"If there's a void and they see that, they want to explore how they can be a part of filling that void. That's exciting. That doesn't happen on every campus," Plasters said.