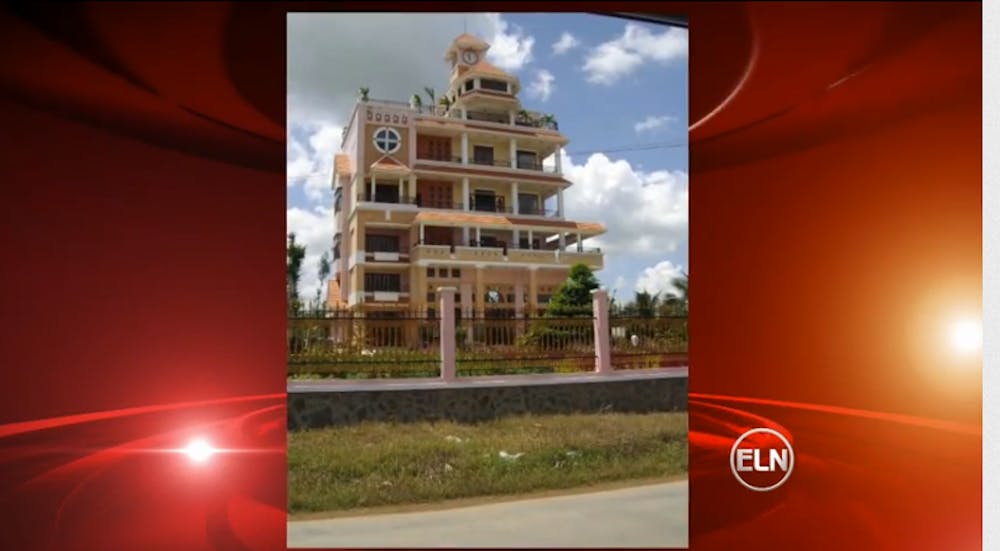 "She explains the whole line; the family name and she looks it up on Google," Elon freshman Max Rudisser says. "And she has pictures of royal people that she's with and her house is very extravagant and it looks like someone very famous lives there and she tells you about the perks she has. So, you definitely can't fake a lifestyle like the one she has back in Vietnam."

Rudisser is involved in Elon's S.M.A.R.T. mentoring program, which allows first-year students to have their own student mentor to help them as they begin their college career. He looks up to his mentor, Elon sophomore, Linh Tonnu for a few different reasons.

In Vietnam, Tonnu has a whole new life. She says her family is treated better than others in the country because of her ancestor's role decades ago.

"My great-great grandfather was king of Vietnam prior to 1954," Tonnu says. "And since he was king, everyone down my father's line is royalty. So, my brothers and I are princes and princesses."

Tonnu says that she has seen her share of skepticism about her unique story. She says that in high school, when she was asked to share an interesting fact about herself on the first day of school, she would explain how she was a princess.

"And I was like, 'Oh, yea, I really am a princess.' And then all these guys would be like, 'You know how many times a girl say that they're princesses?'"

Though Tonnu has not shared the news as much recently, she admits to having to prove to those former classmates that she wasn't making up the story.

"My senior year, I took my friends to Vietnam with me and then we looked at everything that we owned and stuff like that," Tonnu says. "And they're like, 'Dang, I guess you are.'"

Still, she remains modest about her Vietnam title, according to her friends.

"Linh is very genuine," Rudisser says. "She's just very down to earth; very honest and just a great individual. She doesn't live up to the title where she feels like she's endowed more than anyone else. So, I think she represents not only her family name but I think the country itself in a good way."

Tonnu's next move to Vietnam will be the summer of 2014. She has not decided yet if she will be traveling alone or going with family or friends.